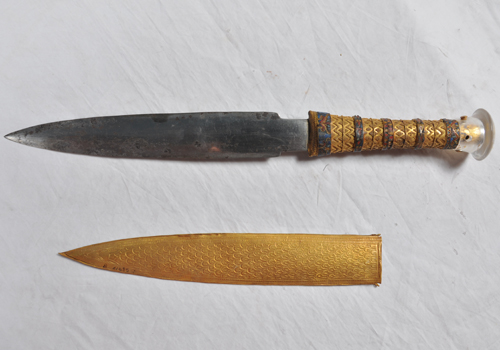 As reported in a paper published in Meteoritics and Planetary Science, geochemical analysis performed in December 2014 through non-invasive X-ray fluorescence spectrometry reveals that the iron dagger blade, today on display at the Egyptian Museum in Cairo, contains nickel (10 wt%) and cobalt (0.6 wt%) in concentrations characteristically observed in iron meteorites. 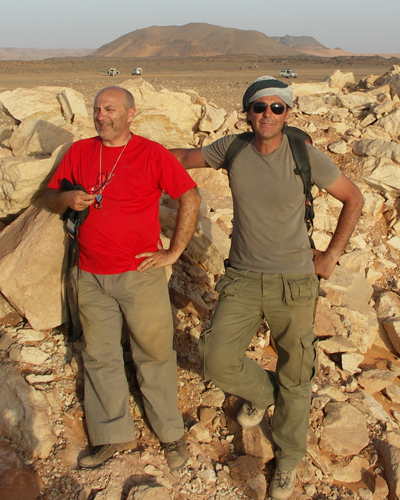 The study confirms that ancient Egyptians attributed great value to meteoritic iron for the production of precious objects, and the high manufacturing quality of Tutankhamun’s dagger blade is evidence of significant mastery of ironworking already in Tutankhamun’s time.

Massimo D'Orazio and Luigi Folco, professors at the Earth Sciences Department of the University of Pisa, contributed to the research, which was funded by the Italian Ministry of the Foreign Affairs and International Cooperation and the Egyptian Ministry of the Scientific Research. Professors D'Orazio and Folco coordinate the Pisa University meteorite research group, which is an international point of reference in the field of meteoritics and planetary sciences.

The research article has been published in the international scientific journal "Meteoritics and Planetary Science": http://onlinelibrary.wiley.com/doi/10.1111/maps.12664/abstract