Searching for the roots of western botany in Ancient Egypt 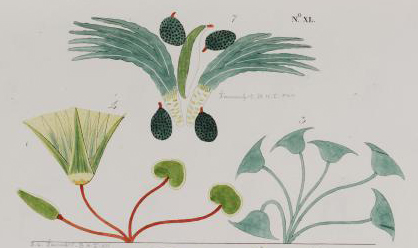 Western botany traces its roots back to Ancient Egypt, that is to say well before the Greek and Roman era. This is the theory illustrated in the essay “Herbals in Ancient Egypt” written by Professor Marilina Betrò from the University of Pisa for the volume “Naturalia e Artificialia: Le piante e i fiori d'Egitto nell'esperienza museografica degli scavi e degli erbari” which has just been published in Spain.

The essay reconstructs the “scientific” approach (within the limits the term holds in comparison to the modern concept of science) followed by the Ancient Egyptians as regards the plant world and brings to the fore some data which suggest the existence of botanical literature preceding the much later Demotic, Greek and Coptic herbals. More specifically, it can be assumed that botanical reference texts existed at least in the middle of the second millennium BC as can be seen from the descriptive glosses or interpolations of plants already present in the renowned Papyrus Ebers medical documents (ca. 1550 BC) and in some subsequent papyri. These descriptions have an essentially similar structure following an established outline consolidated by a long scientific tradition and which include the name of the plant, the botanical description and that of the habitat, the time and place of picking and the possible side effects.

“In spite of the exiguity of the sources, problems related to the technical lexis and the lack of specific research,” explains Marilina Betrò, “it is however possible to envisage a vitality and continuity of the herbal and botanical culture of Ancient Egypt which through the herbals of the Roman era and the Hermetic thread will merge with the great medieval tradition.”