'Pisa no finitta', definite dating and authorship attributed for the first time to the Renaissance map of Pisa 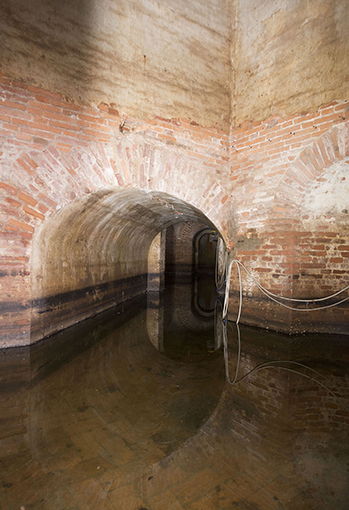 This is one of the first two-dimensional representations of a city: a topographical map of the city of Pisa conserved in the Gabinetto Disegni e Stampe of the Uffizi Gallery in Florence. Thanks to the research conducted by Professor Lucia Nuti from the University of Pisa, which appeared on the cover of the March issue of the prestigious Journal of the Society of Architectural Historians, the document, which is well known among experts in this field, has now been attributed definite authorship and dating for the first time. According to this research by Professor Lucia Nuti, the “Pisa no finitta”, a large drawing measuring 1,350 by 1,665 mm, can without doubt be attributed to the architect Giuliano da Sangallo and dates back to the time of construction of the first bastion of the new fortress. Between 1509 and 1512, Giuliano was in fact dispatched by the Florentine government to take charge of rebuilding the fortress that had been partially destroyed in the Pisan rebellions.

“The outline of Pisa is clearly visible on the map,” explains Lucia Nuti, Professor of Architecture and Urban History, “but the city is depicted with minute details to which purely imaginary particulars were added, for example the part where Sangallo reconstructs the plan of the Baths of Nero, formulating thus for the first time an original architectural solution based on an octagonal form. This is what may be considered the unequivocal signature of Sangallo, given that he proposes the same solution in the second drawing for the new Basilica of San Pietro in Rome.” 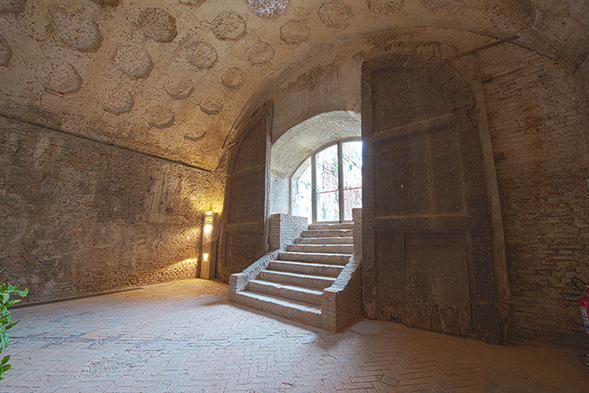 In actual fact, Sangallo was rarely allowed to create compositions characterized by an octagonal plan form, examples of which are the Sacristy of Santo Spirito in Florence commissioned by Lorenzo the Magnificent and the underground chambers of the bastion of San Martino in Pisa.

The study carried out by Lucia Nuti explains that during the construction of the fortress in Pisa, the relationship between Giuliano and the Florentine magistrates was not simple, but he was evidently awarded more freedom of movement in the construction of the underground chambers which allowed him to experiment with a variety of environments where the octagonal form is predominant. Octagons are to be found in the lacunars and oculi of the barrel vault, in the domes of the passages and in the octagonal chamber, possibly destined to be a chapel.

“After the fortress lost its military role, the structures were often flooded caused by the closeness of the river Arno,” concludes Lucia Nuti, “which unfortunately is still the case today. The excellent restoration work which was carried out on the first chambers in the interior of the bastion was terminated where the steps lead to the lower level, once again underlining a situation of abandon in a country which is unable to recognize its own works of excellence and therefore unable to protect or valorize them adequately.”