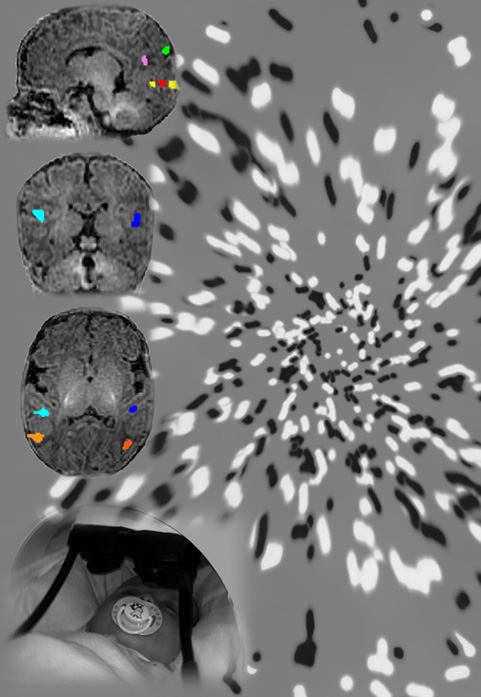 This is an entirely Italian piece of research which has shown for the first time how the areas of an infant brain which deal with the analysis of the vision of movement are already surprisingly mature and similar to those of an adult at only a few weeks of age. It is an extraordinary discovery which paves the way for new prognostic perspectives in children with neurological disorders. The study entitled “BOLD Response Selective to Flow-Motion in Very Young Infants" was published today in PLOS Biology by Maria Concetta Morrone, a researcher at the IRCCS Stella Maris Foundation in Calambrone (Pisa) and the University of Pisa. Along with her collaborators, Laura Biagi and Michela Tosetti from the Stella Maris Foundation and Sofia Crespi from the San Raffaele Scientific Institute of Milan, Professor Morrone was able to shed new light on these areas of the brain which were thought to develop much more slowly over time, thanks to the interaction the child has with the world around him. “On the contrary,” says Professor Maria Concetta Morrone, ”we discovered that only a few weeks after birth they are surprisingly mature.” This is thanks to research that no one has been able to perform before, i.e. research using Functional Magnetic Resonance Imaging on newborns who are awake, collaborating and actively involved in observing visual stimuli. For the first time this all-female research team has produced important indications on the development of those areas of the brain responsible for visual movement during the first weeks of life, thus succeeding in mapping the visual cortical function of newborns.

The employment of Functional Magnetic Resonance Imaging to record the cerebral activity of seven-week-old infants was fundamental. Managing such small babies who were awake and collaborating inside the Magnetic Resonance scanner was a very demanding challenge, as they are required to remain immobile at length. Professor Morrone and her team overcame this difficulty and managed to record the cerebral activity of the infants in response to visual stimuli. “Previous studies of Functional Magnetic Resonance Imaging in newborns had successfully identified the primary visual area, but they had not been able to map the constellation of cortical areas which preside over the functions of visual movement and direction,” continues Professor Morrone. “The difficulty lies in the fact that these areas do not respond in a reliable manner during periods of sedation or sleep of infants.” In order to encourage the baby to remain still and look at the visual stimuli the researchers remained next to the infants. Professor Morrone herself managed to conclude 30-minute sessions with infants assured by the touch of her hand under their head. In other situations, the examination was carried out in the presence of the mother. In this way, it was possible to maintain the infant’s attention on the visual stimuli for the length of time necessary to produce reliable data. 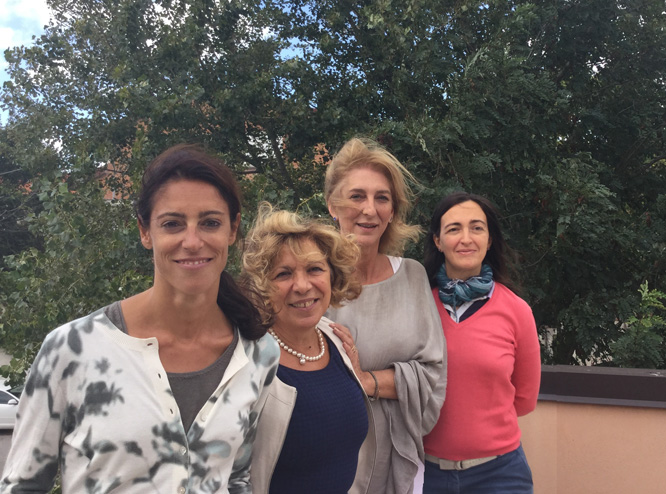 During the experiments with Functional Magnetic Resonance Imaging Professor Morrone’s team recorded the cerebral activity of 12 seven-week-old infants while they were intent on watching luminous points which moved in a random way or followed a coherent path. The researchers discovered that infants, in the same manner as adults, show a greater response to coherent movement rather than a random sequence. This happened in a wide network of cerebral areas, including those associated with the perception of the body and the vestibular system. Also in this area, infants showed activity similar to that of adults. “This suggests that newborns already possess a perception of their body in space,” continues Sofia Crespi, a researcher from the San Raffaele Scientific Institute.

In a subsequent control experiment, once again carried out with Functional Magnetic Resonance Imaging, the team tested 9 infants from the sample that had already undergone testing, but this time during sleep. While analyzing the activity in areas sensitive to movement identified during the first experiment they discovered numerous similarities between infants and adults but also considerable differences: the development of the functional connections between these associative areas and the primary visual cortex differs greatly. “This result suggests that some of these areas in infants may receive an innervation which follows a different path with respect to adults, and does not involve the area of the primary visual cortex, as has also been noted in monkeys. This alternative innervation circuit could be the basis of numerous reorganization phenomena which can be observed in adults with congenital lesions,” declares Laura Biagi who is the co-first author of the study along with Sofia Crespi.

Overall, this study has demonstrated that the principal cortex areas which typically deal with the elaboration of movement in adults are already in use at the age of seven weeks. A more surprising element is that such young infants, who do not yet know how to walk, already possess a perception of the position of their own body in the external world. These results are extremely important in view of the clinical implications that could ensue, in particular with regard to those neurodevelopmental disorders such as autism and cerebral palsy in which vision is impaired. This research provides precious information about the position in which the different visual areas of the infant brain are found and about their state of maturity. These are maps which can guide doctors towards new more appropriate and effective rehabilitative perspectives if they are undertaken during particular temporal windows of development.