The software promises to revolutionize the IoT domain 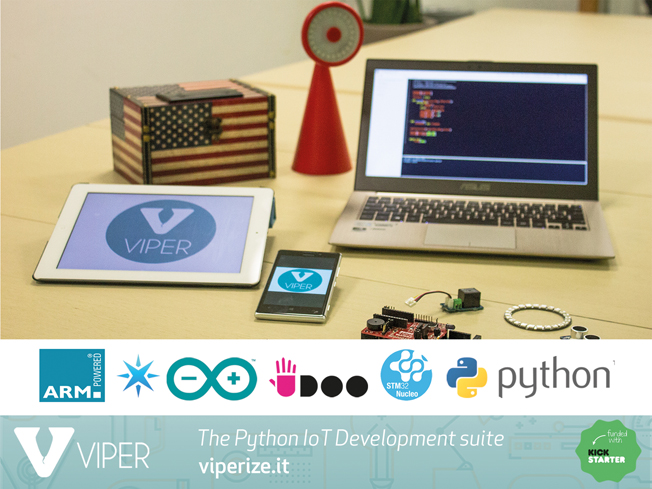 After a successful crowdfunding campaign on Kickstarter concluded last March, the startup VIPER released the first version of its development suite.
As its name implies, VIPER — or "Viper Is Python Embedded in Real-time" — makes it possible for Makers, interactive designers and IoT professionals to create their next connected project in Python for the most used microcontrollers, all in in real-time. Unlike other solutions that already exist today, this collection of products is compatible with all the 32bit ARM Professional and DIY microcontroller boards, like Arduino, UDOO, Particle, STM32 Nucleo.

The idea was first conceived after conducting some detailed market analysis, where the company discovered that designers, Makers and programmers all faced a similar set of challenges. In hopes of simplifying how "things" are brought onto the Internet, VIPER converged a series of components to better streamline the process. This included an IDE to manage and program the boards, a Virtual Machine to serve as its operating system, an extensive library of ready-to-use functions, and a mobile app to act as the interface for smart objects. On top of that, it's also cloud-ready. With just a little coding, users can develop a wide-range of IoT applications, ranging from interactive storefronts, to home and industrial automation systems, to art and museum installations, to smart farming. 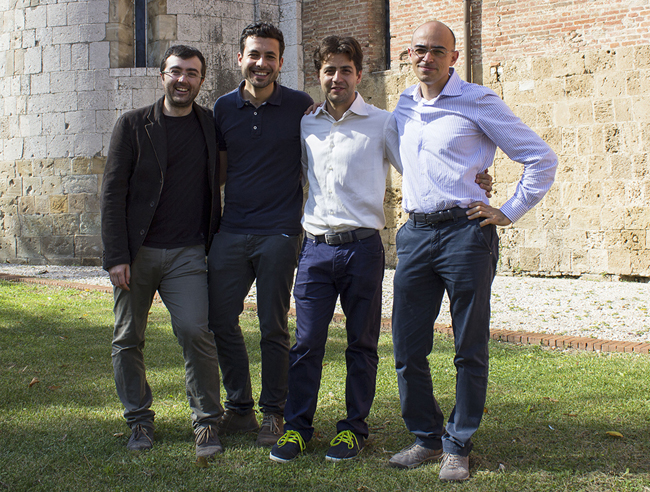 Since millions of developers already know Python, VIPER makes the programming language readily accessible for commercial interactive products as well, therefore amplifying the potential for smart objects to be as pervasive as mobile devices in their ease of design interactivity. To do this, VIPER provides a browser-based, minimal-installation development environment where users can write code with extensive library support and have it executed on any Arduino-like board. What's great for designers is that, with VIPER, it leaves them able to focus on the features and functionality, not the tediousness, along with a mobile app to control their creation for free.
The Kickstarter campaign was an important market test for VIPER. Currently, more than 400 people from 25 countries supported VIPER. Now the suite becomes available in opensource to everybody that wants to start developing for non-commercial purposes. The startup is already working on the professional version of the software that will be released, along with a commercial-use license, by the end of this year.