Neuroplasticity for the recovery of visual function 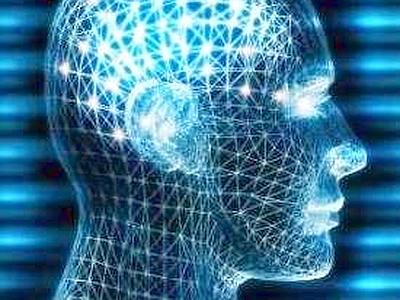 A new study in the Cell Press journal Current Biology demonstrates that a short period of abnormal visual experience significantly alters visual perception of adult humans. Moreover, the perceptual change is proportional to the decrease in the concentration of the inhibitory neurotransmitter GABA (γ-aminobutyric acid) in the primary visual cortex. This finding represents the first evidence that GABAergic inhibition mediates neuroplasticity in the adult human visual cortex.

Neuroplasticity, the capability of the central nervous system to be modified by experience, is maximal early in life, during the 'critical period'. This ability to change allows adaptation to a continuously changing external environment, providing evolutionary advantage for the organism. However, very little is known about residual neuroplasticity in the adult visual cortex, which was previously thought to be relatively hard-wired.

The team of researchers from the University of Pisa and the University of Oxford patched one eye of adult volunteers for 2.5 hours and used magnetic resonance spectroscopy to measure GABA in the visual cortex concentration before and after the patching. A 7 tesla scanner was used to enhance the sensitivity to GABA. The change in GABAergic inhibition is important as it indicates that neuroplasticity is possible long after the 'critical period' is closed. Additionally, it shows that adult neuroplasticity is mediated by similar mechanisms to juvenile animals, as GABAergic inhibition is known to play a crucial role in regulating critical periods.

Since the GABAergic system can be pharmacologically modulated, the results presented in this study could be useful for the future development of therapeutic strategies to enhance neuroplasticity, such as in the case of brain injury or for the recovery of visual function in disorders of binocular vision such as amblyopia even beyond the critical period.