If you care, yawn back! 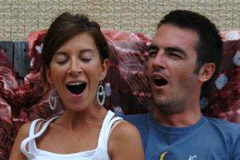 Everybody knows that yawning is contagious. When a person yawns, other people can respond by yawning. What wasn't known is that "yawn transmission" is more frequent, and faster, between people sharing an empathic bond: close friends, kin, and mates. The study carried out by Ivan Norscia and Elisabetta Palagi of the University of Pisa (Natural History Museum) and ISTC-CNR of Rome, provides the first behavioural evidence that yawn infectiveness can be a form of emotional contagion.

Spontaneous yawning, not solicited by other people's yawns, has evolved as early as bony fishmore than 200 million years old. "Depending on the animal group considered, a yawn can indicate stress, boredom, fatigue or signal an activity change, for example after waking up or before going to bed", Elisabetta Palagi of Istc-Cnr says. "Contagious yawning is a complete different, and more "modern" phenomenon, demonstrated, so far, only in gelada baboons, chimpanzees, and humans. It has also been hypothesized for animals with high cognitive and affection abilities, such as dogs. In humans a yawn can usually be evoked by another yawn within 5 minutes". 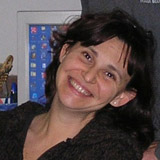 The study, also supported by Italian Zoo-Parks of Pistoia, Falconara and Lignano Sabbiadoro, published on PlosONE, is based on a rigorous, behavioural data collection carried out for over one year on more than 100 adults, corresponding to more than 400 "yawning couples". People have been observed in a wide array of natural contexts: during meals, on the train, at work, etc. Observations, carried out in Italy and Madagascar, have involved people of different nationalities, and with a different degree of familiarity: strangers and acquaintances (colleagues and friends of friends), friends, kin (parent/offspring, grandparent/grandchild, and siblings), and mates.

"A vigorous statistical analysis based on linear mixed models (Lmm, Glmm) has revealed that the presence and the frequency of contagion (if and how much it occurs) is not influenced by differences in the social context or in the perception modality. Meaning that it doesn't matter if yawning occurs over lunch or at work, or if it's seen, heard, or heard and seen. Not even nationality, age, and gender differences explained the variation in yawn contagion rates between people" Ivan Norscia, University of Pisa, explains. 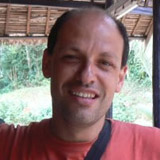 "What appears to be most important in affecting contagion is the relationship quality that links the yawner to the "yawnee". It is, in fact, more likely that a person "yawn back" if the first yawner is a loved one. The study reveals a specific trend: the rate of contagion was greatest in response to kin, then friends, then acquaintances, and lastly strangers. Also the response gap (latency) – or how long it takes to a person to respond to someone else's yawn - is shorter in friends, kin and mates than in strangers".

"The results of this study are supported by several neurobiological clues from previous reports", concludes Elisabetta Visalberghi, coordinator of the Unite of Primate Cognition at Istc-Cnr "Such reports have shown that some of the brain areas activated during yawn perception overlap with the areas involved in the emotional processing". In short, a yawn can be a sign of empathy and not necessarily of boredom.