GreenBuilding, the system that saves energy in buildings

Designed at the University of Pisa and tested on in a student apartment, it allows energy consumption in buildings to be monitored and reduced

Do not leave the television on standby, opportunely regulate the temperature of the air conditioning system, turn lights off when there is no one in the room. We all have learned that with these small daily actions we can avoid useless waste of energy. However, often laziness and being in a hurry can make these acts appear as a bothersome waste of time. Starting from this observation, the Department of Information Engineering at the University of Pisa set up a research project to study how ICT technologies can help us in using electrical appliances more intelligently. The result of this study is 'GreenBuilding', an automatic system which allows to reduce the energy consumption in residential buildings, where it has been estimated that up to 30% of energy consumption could be saved without decreasing the comfort level perceived by users.

This system, developed by Prof. Giuseppe Anastasi and his collaborators – among whom is the student Francesco Corucci – is based on electricity sensors/actuators which allow to monitor, in real time, the energy consumption of each single electrical appliance in a building. "Consumption data are collected and processed on a server, and appropriate feedbacks are sent to users, e.g., via e-mail", explains Dr. Anastasi. "Sensors are also actuators, i.e., they not only monitor the energy consumptions of electrical appliances but, at the same time, they can also switch them on and off according to environmental conditions or user habits, thus helping us to use energy more efficiently." 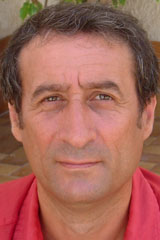 By simply introducing appropriate rules, or sending commands via the Internet (e.g., from a mobile phone or a personal computer), 'GreenBuilding' allows us to switch off a light left on, program the washing machine to start at a given time, automatically switch off appliances in standby mode, regulate the light intensity of a lamp depending on the external light, and so on. "This system has been experimented in a typical student flat," recounts Dr. Anastasi. "We connected 'GreenBuilding' to a lamp, a desktop computer, two media stations (TV and video recorder) and a fridge; and we observed energy consumption over a period of 15 days. 'GreenBuilding' monitored and controlled the above-mentioned appliances, recorded data and provided feedbacks to the users to obtain a more efficient energy use."

'GreenBuilding' is thus, potentially, a very useful tool. It could be easily installed in homes and offices where lights and devices are often left on, or in standby mode, even during nights and weekends. The power consumed by devices in standby is low but the total wasted energy is very high if we consider the long time intervals they remain in this state and the large number of devices. "According to a research carried out by the British National Energy Foundation in 2007, 43.5% of the English working population use their PCs for work and 18% never switch them off," adds Anastasi. "It was calculated that the quantity of wasted energy is equivalent to the emission of 700 thousand tonnes of CO2, and accounts for approximately 153 million Euros. We may assume similar figures for our country. If we want to implement the European Commission's Directive on Energy, known as '20-20-20' (20% reduction of energy consumptions and gas emissions and 20% increase of renewable energies by 2020), we must consider corrective actions that may allow us to decrease significantly electrical energy consumption." 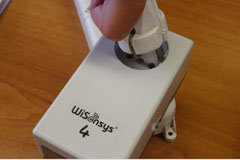 Currently, 'GreenBuilding' is just a prototype with costs which are still not commercially sustainable. "The perspective is to produce a system with a cost in the order of 200 Euros, which every family will be able to install in their homes just as they install burglar alarms," concludes Dr. Anastasi. "Another option is using 'GreenBuilding' as a monitoring tool for providing detailed reports on energy consumption of companies. We have already been contacted by a Canadian energy certification company which uses systems similar to 'GreenBuilding'. Maybe this will be the first chance for using our system."