Pisa with other 17 partners to create a common European space under the framework: 'The Internet of Things' 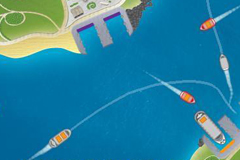 In our future there will be mobile phones capable of monitoring their bearers' vital parameters and transmitting these, in real time, to referred hospitals, systems which will be able to detect traffic levels inside tunnels thus averting rescuers in case of alarm, fridges which will control and detect food expiration, and cars which will converse with traffic lights. These are a few examples of the infinite applications of 'Internet 3.0' which will place onto the network not only the computers themselves (all interconnected) but various objects of daily use 'gifted' with their own 'intelligence' and capable of communicating among themselves via small sensors which can transmit and receive information. The result will be an interconnected physical universe which has been renamed: 'The Internet of Things.'

The European Community has recognised the importance these applications will have in our daily lives and has decided to encourage and finance the establishment of a European common space for research and training in this sector through the creation of a 'Network of Excellence (NoE)' revolving around the EECI (European Embedded Control Institute). The University of Pisa has a major role in this network in that it acts as the coordinating body of the 'ICO-NEH joint course in doctorate studies' (International Curriculum Option of Doctoral Studies in Networked, Embedded and Hybrid Control Systems for Complex Distributed Heterogenous Systems). ICO-NEH is the product of an agreement undersigned by 18 of the largest Italian and European (Italian, German, French, Spanish, Dutch and Greek) universities for the creation of a 'pathway to excellence' via a doctorate course which will result in the training of a high level young-bodied scientific community having a solid common basic understanding among its members. 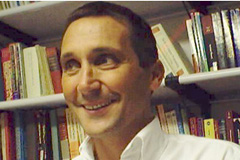 "The European Union" explains Massimo Augello, Chancellor of the University of Pisa, " is financing many projects concerned with 'Internet 3.0', since it aims at preserving and, if possible, consolidating the primacy acquired in this field over the United States and Japan. The question of training is crucial for creating a community of highly qualified scientists capable of competing with others from non-European countries. For this, the signing of the ICO-NEH convention represents an important opportunity for Italy to continue its avantgarde approach in a sector which is technologically strategic and which is very promising in terms of application development."

"In creating an international network of universities and interdisciplinary laboratories which inter-collaborate," adds Antonio Bicchi, director of the 'Enrico Piaggio Centre' at the University of Pisa and creator of the 'ICO-NEH Project,' 'The Internet of things' will be integrated more and more with very diverse fields of research, such as robotics, I.T., medicine and many others, all of which will generate applications such as productivity, 'agreeableness' of work, medicine, rehabilitation, assistance and domestic care.