'CLIOHRES.net', a new way of conducting historical research in Europe 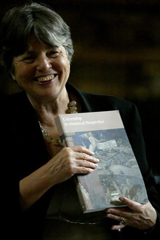 Over the five and a half years of its activities, it has contributed -- through the international collaboration of universities and scholars -- to changing the way historical research is carried out in Europe: an article published in issue 14 of the "Socio-economic and Humanities Research for Policy News Alert Service" entitled "Using history to combat old stereotypes and foster citizenship" gives an overview of CLIOHRES.net, the Sixth Framework programme Network of Excellence, coordinated by the University of Pisa under the direction of Prof. Ann Katherine Isaacs. CLIOHRES.net, the most important European project in the Humanities and Social Science research sector, has registered important results and achievements: 45 partner universities, representing 31 countries including the European Union member states, the European Free Trade Association (Iceland, Norway, Switzerland), plus Serbia, the Russian Federation and South Africa; 180 researchers, equally divided between doctoral candidates and staff members, with multidisciplinary competences ranging from History to Geography, to Linguistics and Philology to Philosophy, from Sociology to Art History; a total grant of 4.5 million Euros, financed through the Sixth Framework Programme of the European Commission; 51 volumes containing more than 700 chapters, all published by the Edizioni PLUS, the University of Pisa Press, and available for free use and download from the website www.cliohres.net.

The acronym "CLIOHRES" stands for "Creating Links and Innovative Overviews for a New History Research Agenda for the Citizens of a Growing Europe". The Network takes as its starting point the consideration that ideas about 'history' are one of the main factors in the construction of the self-representation of individuals and groups, and hence in determining attitudes and actions towards 'others'. It is therefore a tool which, used critically, could generate values of respect and empathy, but that more frequently leads to misunderstandings, divisiveness and conflict. 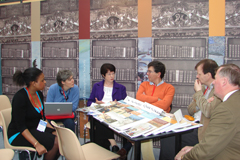 The Network is organised in six thematic research groups, which respectively deal with States, Institutions and Legislation; Power and Culture, including Language, Art and Architecture; Religion and Philosophy; Work, Gender and Society; Frontiers and Identities; Europe and the Wider World. CLIOHRES.net has also developed 5 transversal themes, involving the entire Network in research on some of the fundamental issues facing the "citizens of a growing Europe" today: citizenship(s), identities, discrimination and tolerance, migration and gender.

To read the article published on "Socio-economic and Humanities Research for Policy News Alert Service" go the link: http://scoopproject.org.uk/using-history-to-combat-old-stereotypes-and-foster-citizenship.aspx.