Defense and energy: the university signs an agreement with the Ministry

On Thursday 14 February, The Ministry of Defense and the University of Pisa signed a framework agreement to promote study and research in the field of production, accumulation, management and the use of energy and cyber security. The agreement was signed in the Sala dei Mappamondi at the Rector’s Offices in the University of Pisa by the undersecretary of defense, the Honourable Angelo Tofalo, and by the Rector of the University Paolo Maria Mancarella. The commander of the Naval Academy of Livorno, Admiral Pierpaolo Ribuffo, and the representative of the Struttura di Progetto Energia, Colonel Mauro Cassata were also present on behalf of the Ministry of Defense.  Deputy Rector Nicoletta De Francesco, the Vice Rector for Applied Research and Technological Transfer, Marco Raugi, and Professor Giovanni Corsini, who manages relations between the university and the Naval Academy of Livorno, were present for the university. 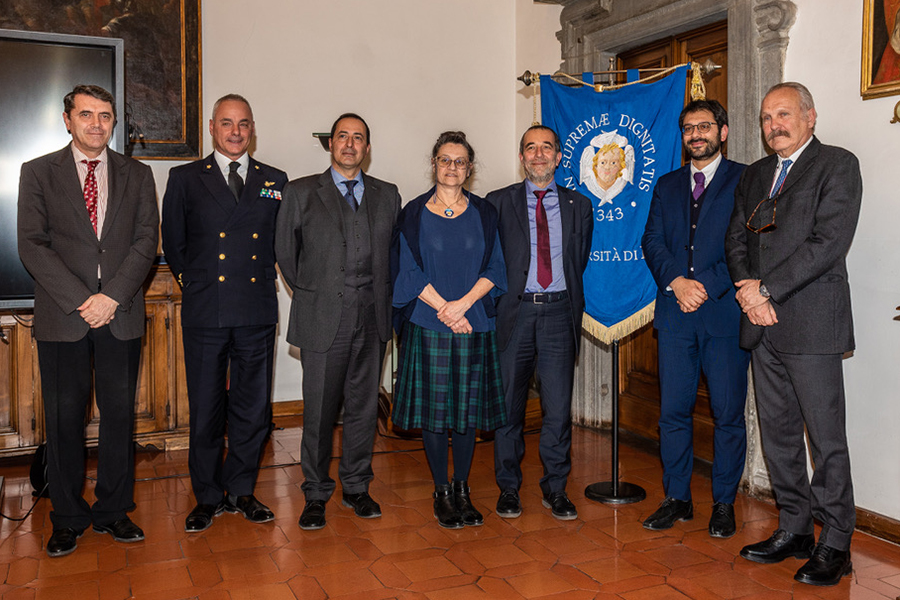 “The agreement signed today not only strengthens collaboration between the Ministry of Defense and the University of Pisa, but also allows the implementation of numerous important activities aimed at the study and development of new technologies in the field of energy saving and the reduction of emissions that cause climate change. In addition, it will also be possible to develop research in the field of energy cyber security and dual use. The Ministry of Defense’s virtuous approach can be considered as a model for other government offices safeguarding wider public security and the global sustainability of public resources employed in the national security strategy, whose key words are resilience and dual use. The energy sector holds an ever more central role in the economic development of the nation, from the perspective of a model of sustainable growth and of the safety of the Country System. In order to achieve these objectives, we are preparing a plan for the Defense Energy Strategy (SED) which, in concordance with the national strategy network in the energy and environment sector, involves operations to be carried out in the short and medium term in different sectors of training, governance, infrastructures, transport logistics, cyber security, research and development,”  explains Angelo Tofalo. 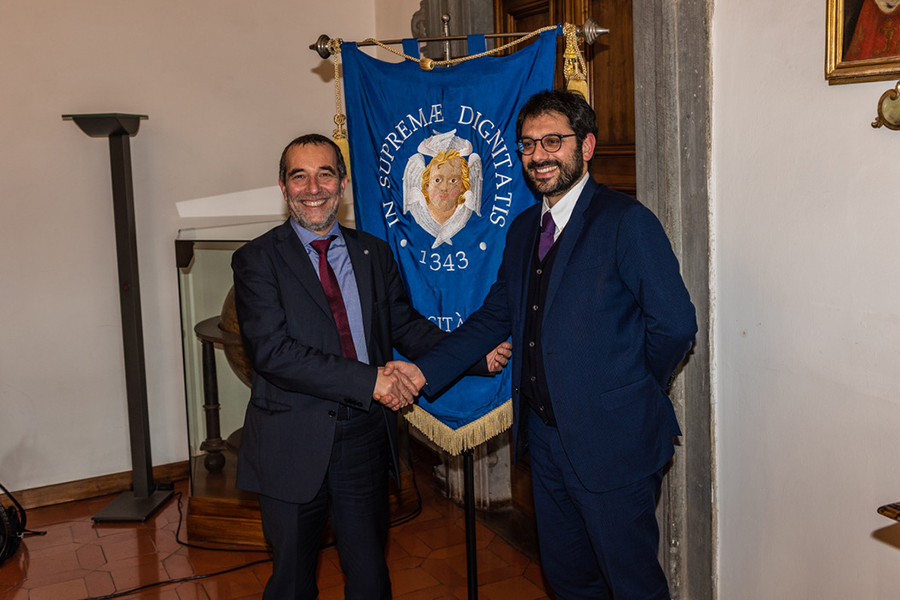 The Rector Paolo Mancarella and the undersecretary Angelo Tofalo.

"The agreement signed today,” declares the Rector Paolo Mancarella, “confirms the University of Pisa’s desire to collaborate with other public authorities on topics which centre around the application of new technologies of industrial and information engineering in sectors of leading importance for the country such as the optimal use of energy sources, in particular those which aim to safeguard and improve the quality of the environment.”

The activity established in the agreement is in line with the national legal framework set out in the ‘Documento d’Indirizzo Strategico Programmatico’ of June 2017 and joins the wave of activities already set in motion by the Ministry for the development of the area dealing with energy efficiency. This encourages the optimal use of renewable energy sources and at the same time reduces the need to resort to traditional sources. The Ministry of Defense also promotes development and research in the field of energy-cyber security, which at present has a major impact on all the activities in the country which use energy and this will increase in the future. In this context, it is essential to create operational synergy and set up lasting collaboration agreements similar to the one established with the University of Pisa with other institutions.

The agreement, promoted by the Struttura di Progetto Energia (SPE), headed by Inspector General Francesco Noto, will allow the implementation, in collaboration with the University of Pisa, of important activities aimed at the study and analysis of possible applications of new technologies in the field of energy saving and the reduction of emissions and their effect on climate change, and the increase of the resilience of systems for generating and distributing energy. Particular attention will be given to research in the field of energy-cyber security.