The island of Stromboli in the Aeolian archipelago was the origin of three large tsunamis which devastated the Mediterranean in the Middle Ages, one of which was witnessed by the poet Francesco Petrarca. The discovery comes from a study published in ‘Scientific Reports’ carried out by a research team from the Universities of Pisa and Modena- Reggio Emilia with the collaboration of the University of Urbino, the National Institute of Geophysics and Volcanology (INGV) Pisa section, the CNR, City University of New York and the American Numismatic Society.

The research revealed that the tsunamis were generated by the sudden flank collapse of the northwest side of the Stromboli volcano and that they hit the coasts of the Campagna region between the middle of the 13th  and 14th centuries, as documented in chronicles of the period. The grave devastation of the ports of Naples and Amalfi, witnessed by Francesco Petrarca who was ambassador to Pope Clement VI in Naples can, in fact, almost certainly be attributed to the most important of the three events, which took place in 1343. Petrarca writes in a letter about a mysterious and extremely violent storm on 25 November which caused many deaths and the sinking of numerous ships. 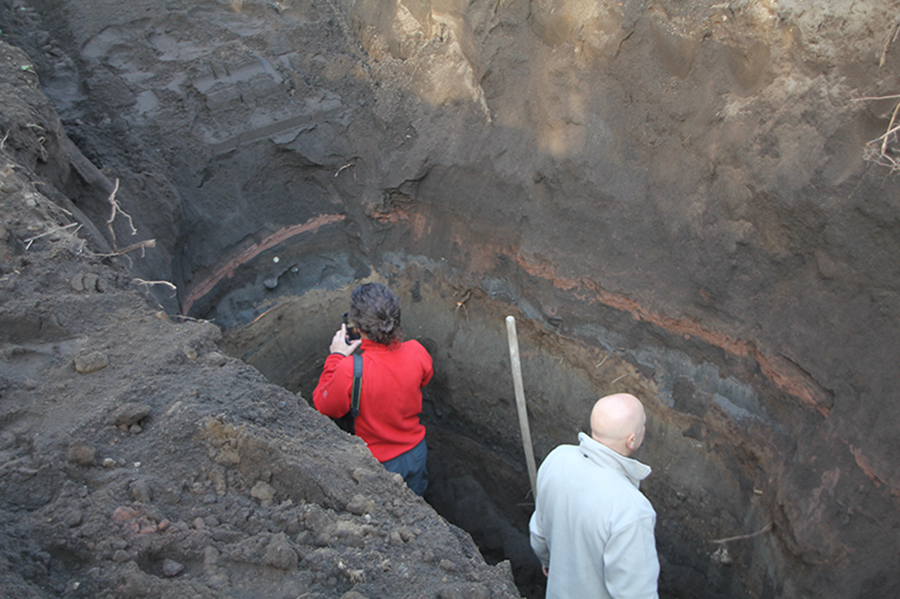 Geologists at work on Stromboli

The identification of Stromboli as the origin of these terrible tsunamis was made possible thanks to the interdisciplinary work carried out by volcanologists and archaeologists, and for the University of Pisa by professor Mauro Rosi and researcher Marco Pistolesi, from the Department of Geosciences.

“In spring 2016,” says Mauro Rosi, “I decided to go to Stromboli as I had in mind an idea that had come to me after reading a letter by Petrarca in which he talks of a strange storm in Naples. With the first sample excavations we brought to light some ‘suspicious’ deposits. As chance would have it, on that same occasion I met associate professor Sara Levi from the University of Modena-Reggio Emilia who has been leading an excavation at Stromboli since 2009.”

During the volcanological part of the research work, three stratigraphic trenches were dug in the northern part of the island. These were roughly 80 metres long and two metres deep and brought to light three sandy layers containing large beach pebbles bearing witness to what was carried to land by the tsunami waves. The samples, the chemical analyses of the material and the carbon-14 dating, have established an unequivocal relationship between those layers and the archaeological discoveries which testify to the rapid abandonment of the island. 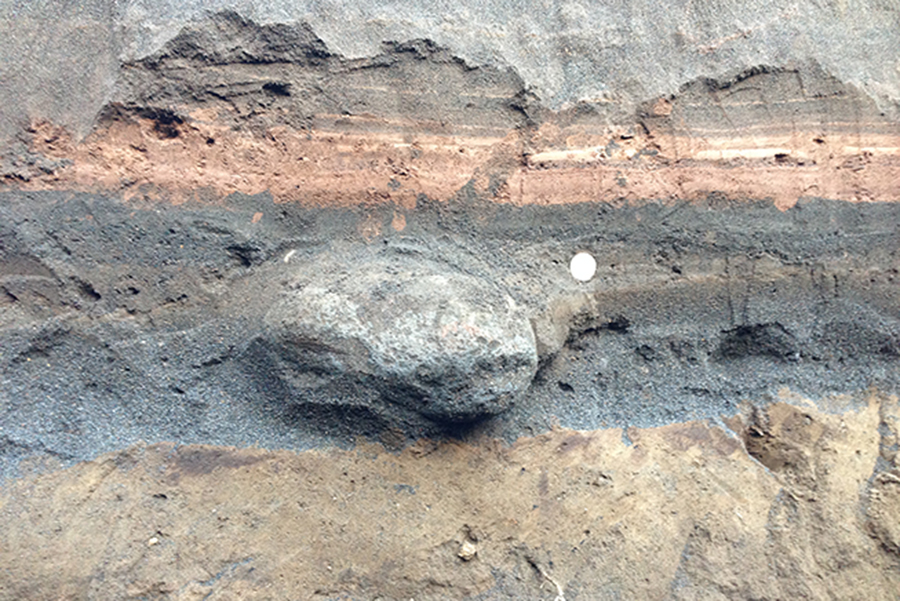 “In the first half of the 13th century Stromboli was inhabited and held an important role as an intersection of the naval traffic of crusades from the Italian, Spanish and Greek coasts. This is supported by evidence from the San Vincenzo plateau where a small church was discovered in 2015 and offers the first archaeological testimony of the occupation of the island,” explains Sara Levi. “Following the three great landslides which generated the tsunamis and the simultaneous and particularly strong resumption of the volcano’s eruptive activity, the island, as testified by the graves found near the small church, was totally abandoned from the middle of the 13th century until the end of the 16th century, when modern repopulation began. The reconstruction is based on solid stratigraphic and chronological data and is the result of close interdisciplinary cooperation in all the phases of the research.”

“It was already a well-known fact that the island of Stromboli could generate small tsunamis every ten years or so, but this work,” concludes Rosi, ”shows for the first time how the volcano is able to generate events of a much higher magnitude than those recorded in the chronicles over the last two centuries.”