The genome sequence of the fig has been discovered: an ancient fruit crop with great prospects

The study, published in The Plant Journal, was carried out by an international team of researchers coordinated by the University of Pisa 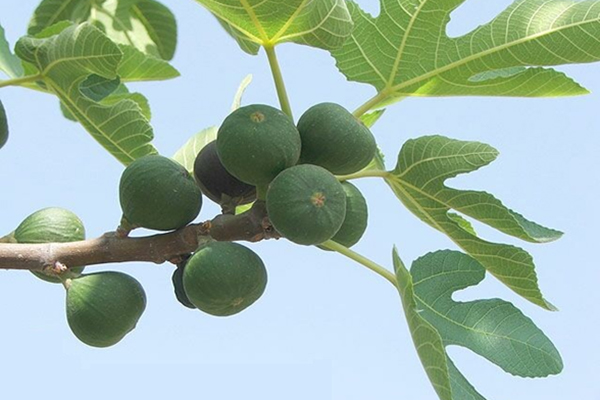 For the first time, the University of Pisa is the leader of a study whose goal is to sequence the genome of a superior plant, the fig. The team of researchers from Pisa, coordinated by Associate Professor Lucia Natali, includes plant geneticists and bioinformatic specialists from the University, assisted by a number of researchers from the Sant’Anna School, the University of Perugia and the British research centre, Rothamsted Research, with the collaboration of the Consorzio Associazione Produttori Fichi Secchi in Carmignano (Prato). The first authors of the study, published in ‘The Plant Journal’, are two young academics, Gabriele Usai, who is about to complete his doctoral studies, and the researcher Flavia Mascagni. The research project was funded by the Department of Agriculture, Food and Agro-Environmental Sciences (DAFE) and, in part, by funds linked to one of the University’s PRA projects.

"The fig tree is one of the oldest and most evocative species cultivated by man,” explains Lucia Natali. “According to some Bible specialists, Adam and Eve’s tree of knowledge in paradise was not an apple tree but a fig tree. Italy was the world’s biggest producer until the decline from the 1970s onwards. The availability of the entire genome sequence provides the opportunity to apply different innovative methodologies offering a genetic improvement to fig trees such as molecular marker assisted selection and genome editing. This could re-launch the cultivated species, characterized by its capacity to adapt to adverse environmental conditions such as those foreseen following climate change and whose fruit has a high nutritional and nutraceutical value. As one of the main problems with this crop is its rapid perishability, it would be auspicable to intervene on the genes that control this characteristic in order to obtain plants which produce fruit with a much slower ripening process, hence more suitable for a global rather than simply local market.” 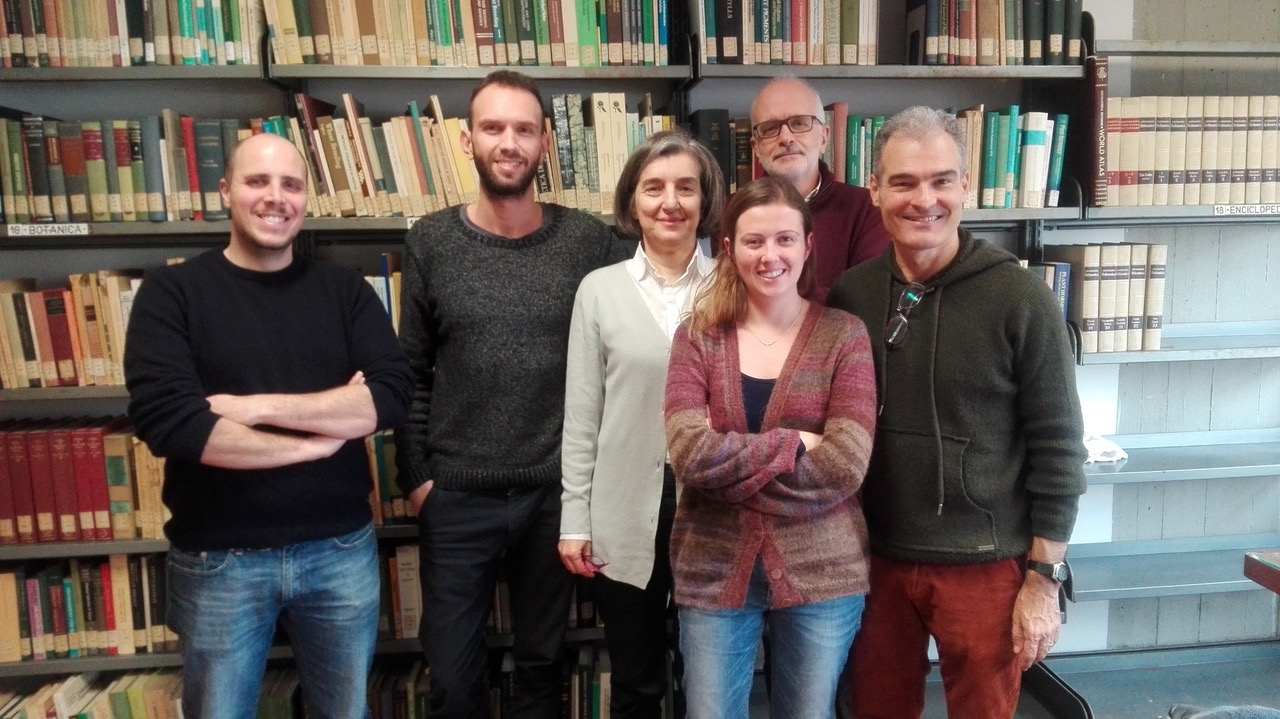 “The new genome sequence of the fig was identified using the new sequencing technique called Pacific Biosciences,” says Flavio Mascagni, “which offers the possibility to evaluate different sequencing between paternal and maternal chromosomes and to analyze the epigenetic modifications found in the DNA. In this sense, the results of our study also have a more general significance for researchers interested in the structural and functional genomics of eukaryotes.” 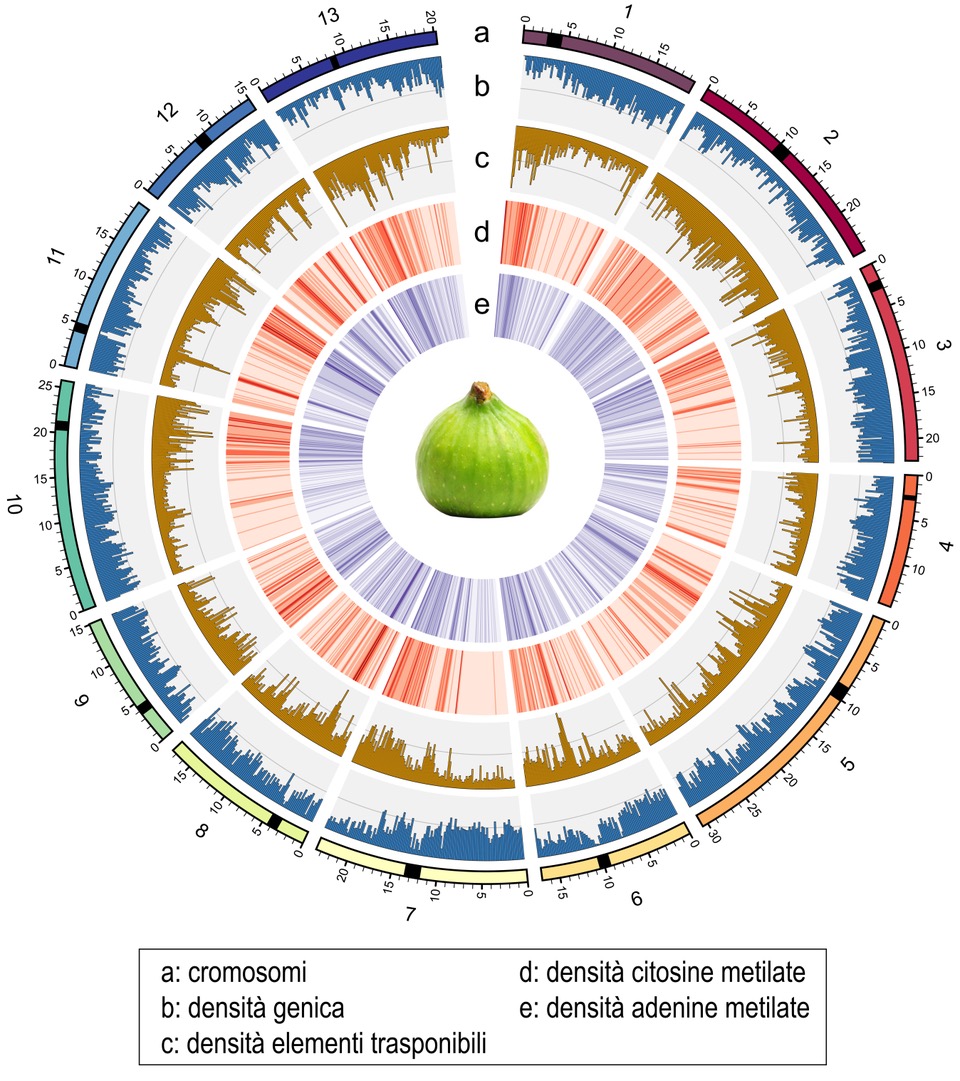 Schematic representation of the 13 chromosomes of Ficus carica.