Neurodevelopmental disorders are a wide range of neurological and psychiatric pathologies which appear during adolescence and which include intellectual disabilities and disorders in the autistic spectrum. These are complex conditions which differ greatly from each other, caused by a set of factors both genetic and environmental. A team of researchers from the IRCCS San Raffaele Hospital, Milan, and the CNR Neuroscience Institute (CNR-IN) coordinated by Alessandro Sessa and Vania Broccoli, in collaboration with the research teams from the Universities of Trento and Pisa, coordinated by Alessio Zippo and Massimiliano Andreazzoli, associate professor, respectively, discovered the activation mechanism of a gene (SETD5) whose mutation is associated with various forms of intellectual disabilities often accompanied by symptoms of autism. The results of the study published today in the prestigious international journal Neuron, show that SETD5 encodes a protein with a fundamental and unexpected role in the nuclear interior of neurons: that of ensuring correct DNA transcription. This discovery opens new perspectives in the study of these disorders and paves the way for the identification of future therapeutic targets. 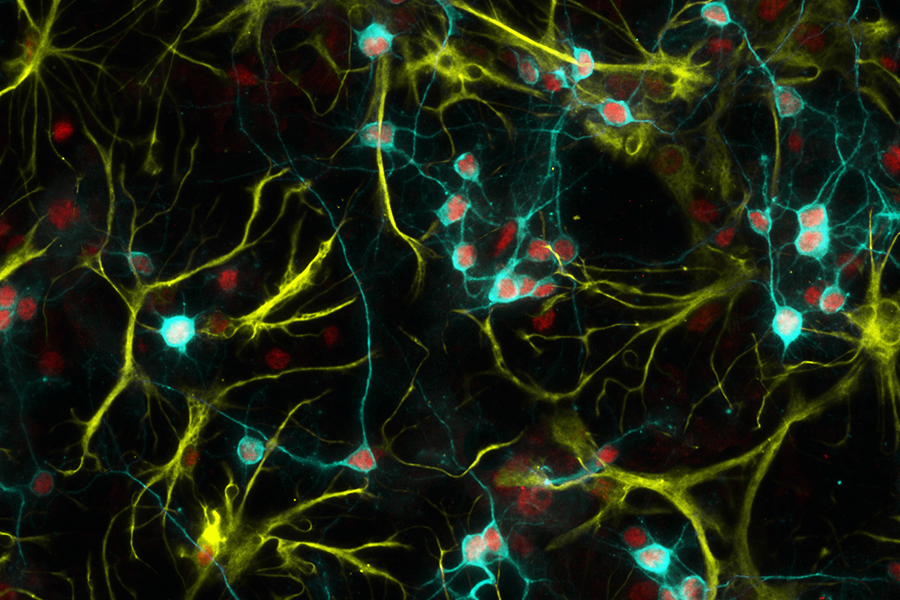 Neuron c-culture (blue) and astrocytes (yellow) where it can be seen that the SETD5 protein (red) has an elevated expression in the neurons.

Through the study of cell systems and animal models of mutation, the researchers have discovered that SETD5 plays a key role in DNA structure and hence for the correct recovery of information present therein. In order to be of use, in fact, this information needs to be transcribed in another form – RNA, a sort of carbon copy of DNA – and carried out of the nucleus. SETD5 is involved in regulating this delicate process of information transcription.

“SETD5 represents a sort of ‘molecular architect’ that regulates the complex organisation of the neuron DNA of our brain. When it is out of action, the information contained within the DNA is transcribed in an altered and incomplete manner,” explains Alessandro Sessa, coordinator of the research and first author of the study. “From what we observed, this affects the formation and correct functioning of the neurons in particular. Consequently, mice without the SETD5 gene behaved abnormally from both a cognitive and social point of view.”

Despite the fact that SETD5 gene mutations represent the genetic cause in only a part of the cases of intellectual disabilities and autism, the mechanisms identified could also be common to other genes which carry out similar functions, as well as offering new research possibilities: “Understanding the molecular mechanism at the base of a pathology is the first step to identifying possible therapeutic targets,” concludes Sessa.

The research was funded by the Ministry of Health and the Telethon Foundation.

The role of the research team from Pisa

The research team was coordinated by Massimiliano Andreazzoli, associate professor in the Department of Biology at the Univerity of Pisa, and includes Davide Martini, Chiara Gabellini and Cecilia Pucci – a PhD student at the Sant’Anna School Institute of Life Sciences. The team contributed to the study by demonstrating the evolutionary maintenance and function of Setd5 in the zebrafish, a popular aquarium fish, which over the last few years has become one of the most frequently used model organisms for biomedical research. “The possibility of obtaining a zebrafish model that recapitulates the main symptoms of the patients, along with the knowledge of the molecular mechanisms of action of Setd5,” explains Andreazzoli, “will shortly enable targeted screening to identify specific molecules capable of counteracting the reduction of Setd5 seen in this population of patients with autism spectrum disorders.” 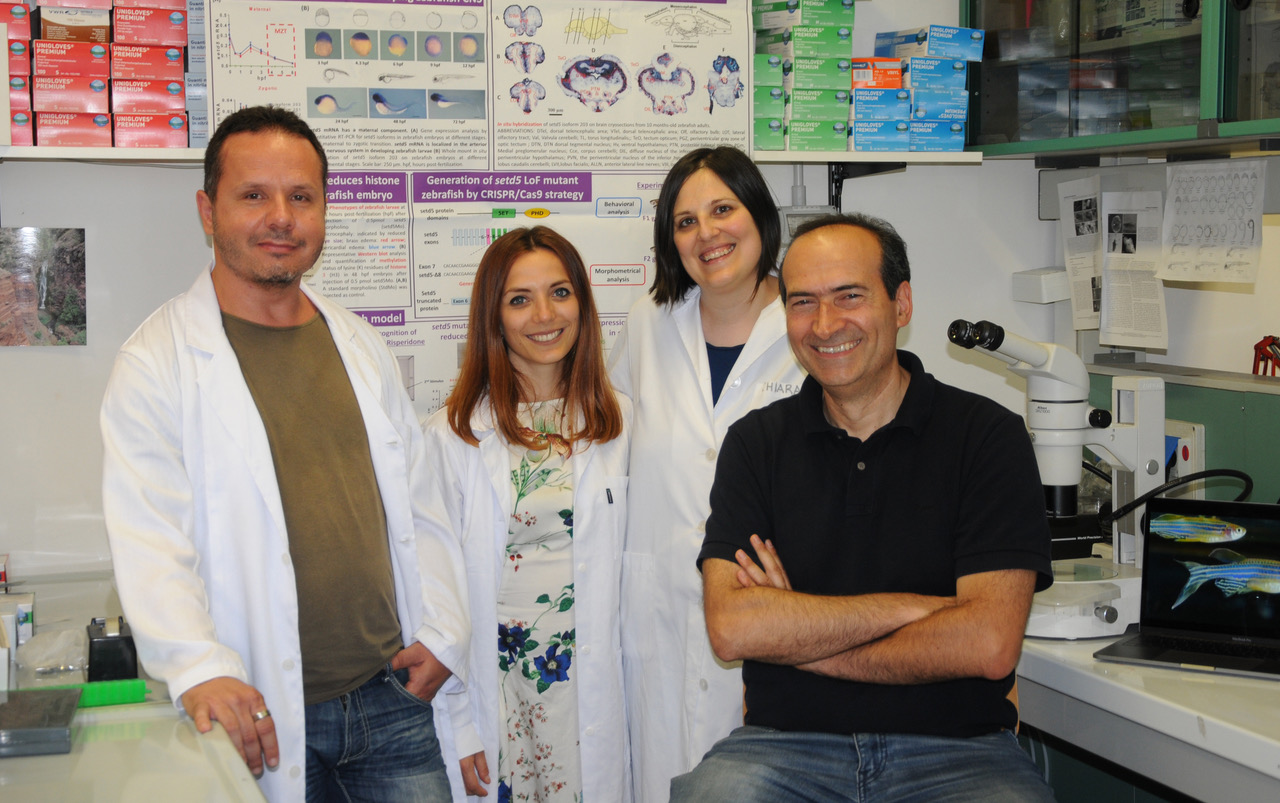 The article on Neuron: