The mission, which saw a number of members of teaching staff from the University of Pisa make contact with the Kalachakra Institute for Meditation in Dharamsala, India, to do research into the effects that various advanced meditation practices have on cerebral activity, has drawn to a close. Professor Angelo Gemignani and Ciro Conversano a researcher, both from the Department of Surgical, Medical and Molecular Pathology and Critical Care Medicine, and Professor Bruno Neri from the Department of Information Engineering were invited to a series of meetings held by H.E. Choekyi Nangpa Rinpoche, recently elected head of one of the four schools of Tibetan Buddhism (the Jonang School). They were also given the opportunity to present their work to the Dalai Lama at his private residence in Dharamasala. 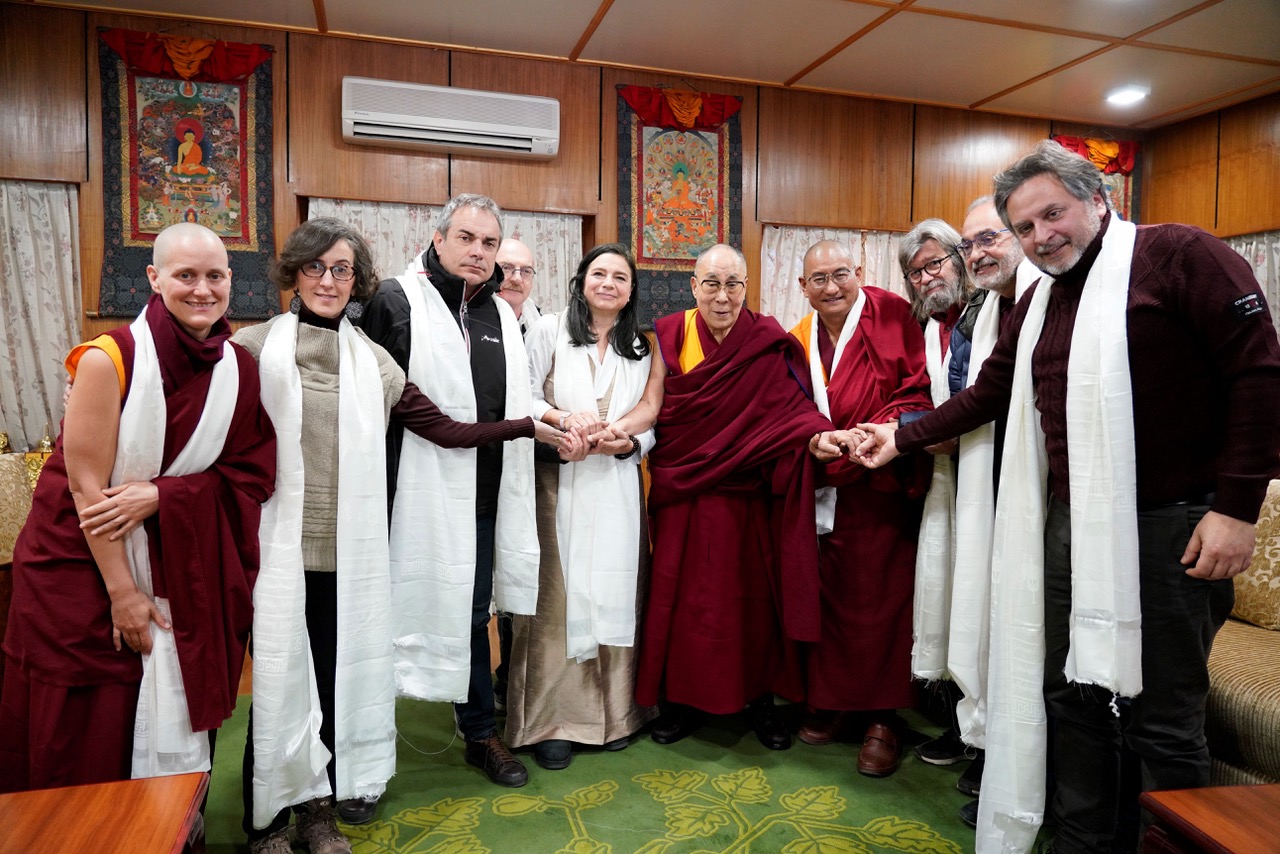 The delegation from Pisa received by the Dalai Lama

“The collaboration with the Kalachakra Institute for Meditation will give us a firsthand opportunity to compare experiences with neural correlates, in particular with the study of electroencephalographic curves recorded during meditation sessions (Francisco Varela’s so-called neurophenomenology),” explain the researchers. “To this end, the collaboration of advanced meditators who are able to generate non-ordinary states of consciousness in a precise and repeatable manner, accurately codified according to the secular tradition of the school of origin, represents a precious and unique additional benefit for the research in question. In this case, the collaboration with the Khalachakhra Institute will mean the possibility of working with advanced meditators who practice different esoteric techniques, passed down by word of mouth from master to pupil, which allow the practitioner to control the mind/body relationship and therefore examine what the Australian philosopher David Chalmers defined as the 'hard problem’.” 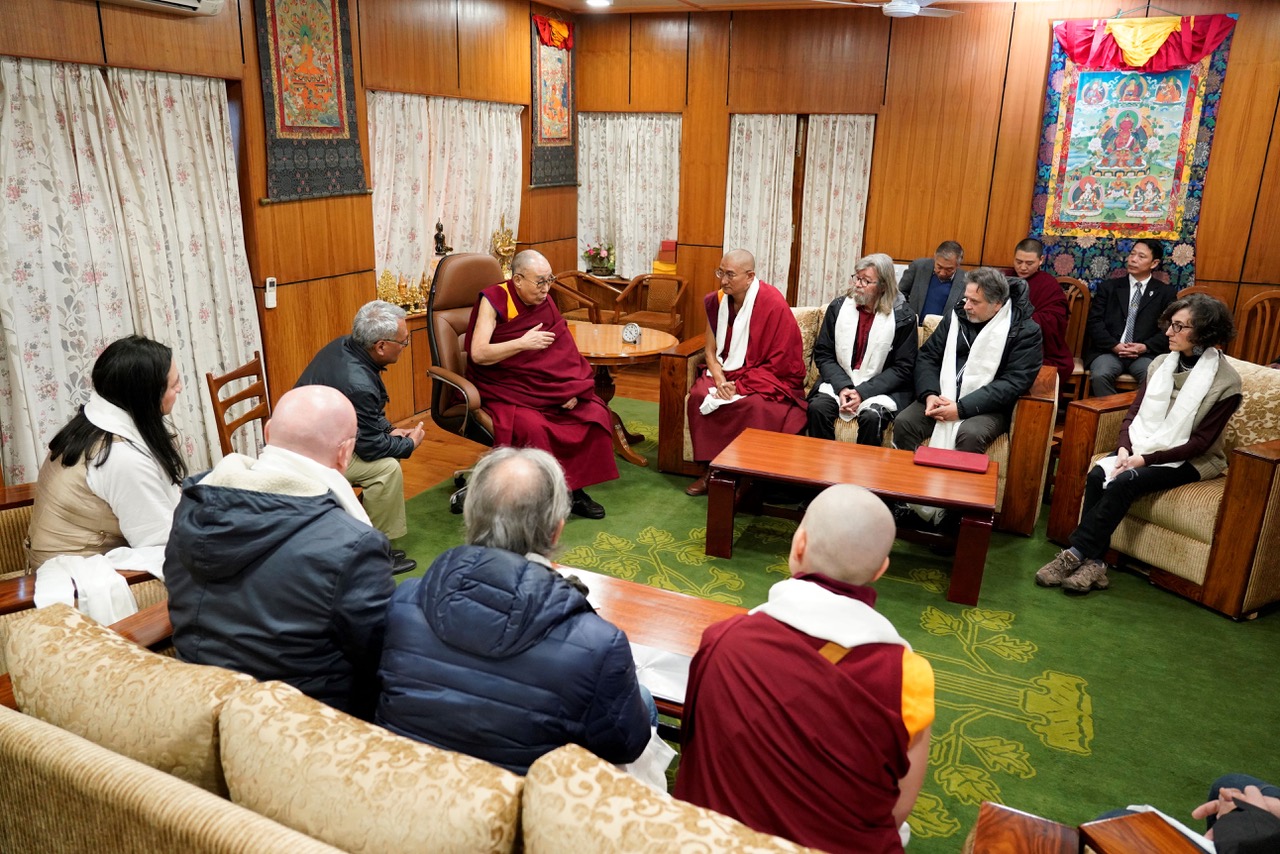 Dalai Lama and on his left Choekyi Nangpa, with the researchers from Pisa.

The most intense and fascinating moment of the mission was the private audience which the Dalai Lama held with the researchers from Pisa where he met them again two years after the 2017 Symposium ‘The Mindscience of Reality’, during which the University of Pisa had conferred on him the honorary degree in Clinical and Health psychology. The Dalai Lama received them with their partners at his private residence in Dharamsala; he met with them for more than 90 minutes and enquired about the progress made in their research and offered some invaluable advice to help them better understand the techniques and effects of the principal contemplative practices which are traditional in Tibetan Buddhism. 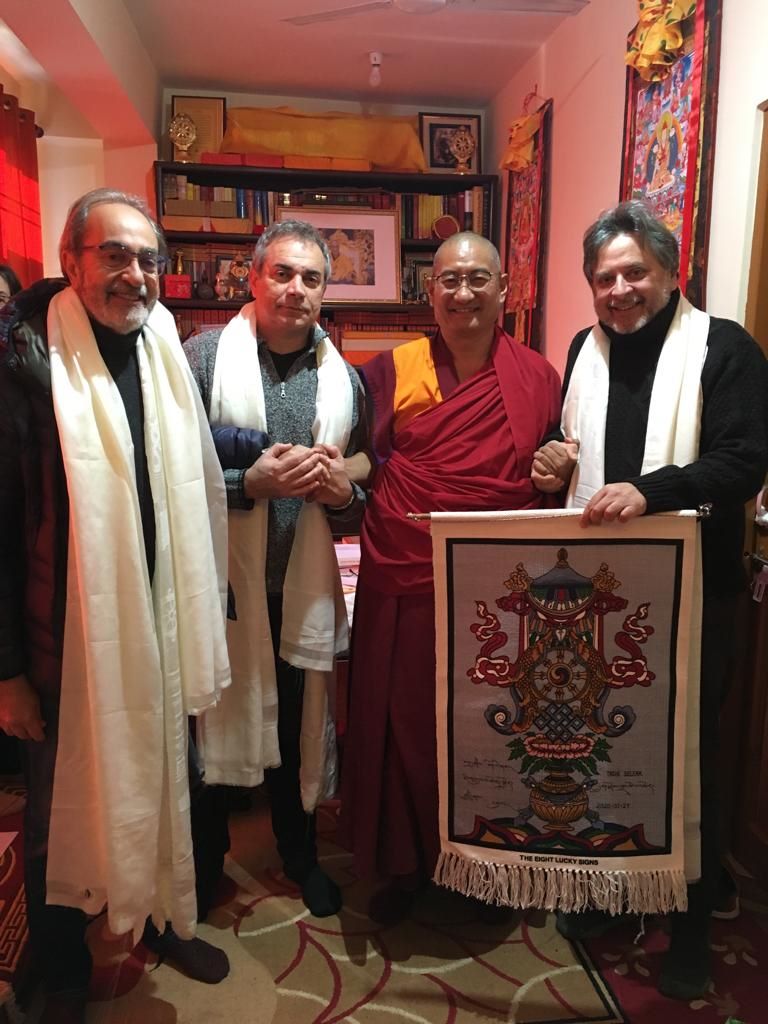 The comparison between the experiential aspects and those which were actually observable was the principal subject of numerous discussions which developed over the week in Dharamsala. Significant space was dedicated to the possible applications of some mental training techniques, such as the procedures based on mindfulness which originated and developed in the footsteps of the contemplative practices of Tibetan Buddhism, to chronic stress reduction (or distress) and to the increase in interior well-being. The programme of events was as intense as it was unusual albeit perfectly in line with the unconventional pattern of the activities followed by the group from Pisa since the ‘The Mindscience of Reality’ Symposium in 2017.

One of the themes in the Symposium was, in fact, about retrieving an experience firsthand as an essential and inflexible element to understanding the phenomena of consciousness, which is not limited to the study of neuronal correlates alone. Since the signing in 2016 of the convention with the Lama Tzong Khapa Institute in Pomaia, and then in 2018 with the Tibetan University of Sera Jey, one of the distinguishing elements of the research activity has been the participation of institutions whose roots are to be found in the multimillennial tradition of studying consciousness both theoretically and experientially.