The University of Pisa has welcomed 19 representatives of universities, ministries and UNESCO who are working to renew the system of higher education in their country

For a week they will be visiting the University of Pisa to learn about its organization, its characteristics and its excellence, with the aim of understanding how a modern European university works and to consider its implications for the ongoing process of modernization of the higher education system in Iraq. From October 28 to November 1, a delegation of nineteen people, leading academics, rectors, principals and principals, along with members of the Ministries of Education of the Kurdish Autonomous Region (KRG) and the Federal Iraq (IQ), and the staff of the UNESCO will visit departments and laboratories of the University of Pisa as part of a project led by UNESCO, funded by the European Commission, created to renew the TVET curricula (Vocational Higher Education) aligning them with the European Higher Education Area (EHEA ) and therefore with the "Bologna Process". Guests come from the three Polytechnic Universities of Iraqi Kurdistan and the four main technical universities of Federal Iraq, including that of Mosul.

The visit to the University of Pisa is an important step in the project, which has already seen three workshops in Iraqi Kurdistan held by Professor Katherine Isaacs, at the Polytechnic Universities of Erbil, Suleimania and Duhok during the spring and summer of 2019. The project is led by Rory Robertshaw, UNESCO senior project officer in Baghdad. The purpose of the visit is to be able to study closely the degree programmes designed according to the principles of student-centered learning and aligned with the higher education systems of the 48 countries that implement the 'Bologna Process'. Iraq (Federal Iraq and the Iraqi Kurdish Region), thanks to the UNESCO project, has already created a qualifications framework and an accreditation system. Now the emphasis shifts to the design of the degree programmes, which will be the focus of the week's work. 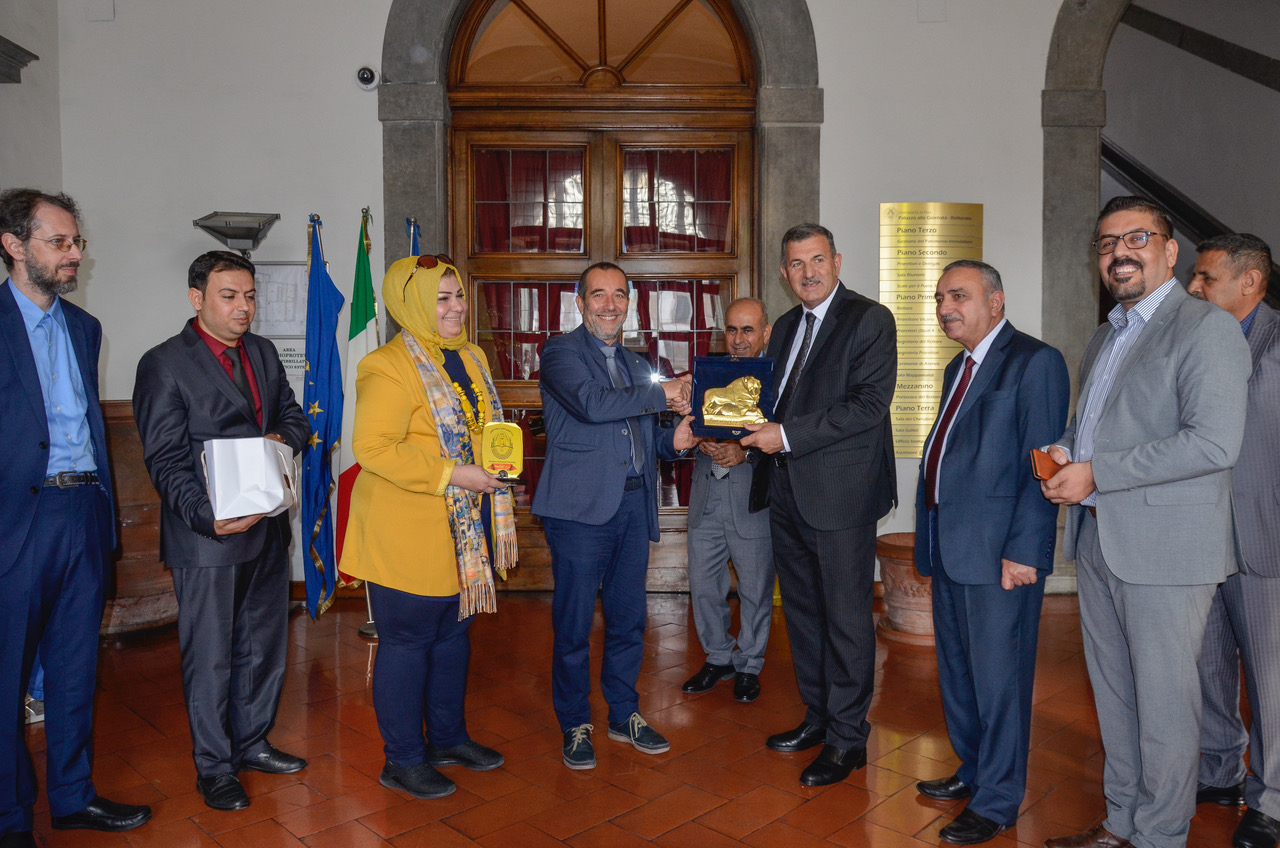 After a visit to the School of Engineering, the delegation was welcomed today at the Rectorate in Palazzo alla Giornata for a meeting with the Bologna experts Maria Sticchi Damiani, Carla Salvaterra, Marco Abate, as well as with Katherine Isaacs, the current vice president of the "Bologna Follow-up Group" ( BFUG) and expert for the UNESCO TVET project in Iraq. Rector Paolo Mancarella welcomed the guests, and in the coming days the delegates will visit various departments and laboratories, including the laboratories of the School of Engineering, the Departments of Informatics, Economics, the Avanzi Center, and the Department of Veterinary Sciences in San Piero a Grado, as well as the Scuola Normale Superiore and the Pisan Area of the Italian National Research Council.

The work will inform the efforts of the ministries and universities themselves to modernize the higher education systems of Federal Iraq and Iraqi Kurdistan. Future projects are planned to extend the results to other higher institutions in Iraq.