Diplomas have been handed to the Foundation Course students of 2019

In the last academic year, around 40 students have participated to the Foundation Course, the training course for international students who have to fill the one-year education gap to enroll in Universities in Italy. During a small ceremony held in the Sala dei Mappamondi of the Rectorate, the University of Pisa presented the final diplomas to the first students who obtained the title. Francesco Marcelloni, Vice Rector of Cooperation and International Relations, was at the ceremony in the name of the rector as well as Professor Chiara Roda, head of the Foundation Course Science (FCS), and Professor Arturo Marzano, scientific director of the Foundation Course Humanities (FCH) - and the staff of the International Cooperation Unit, coordinated by Paola Cappellini to greet the students. 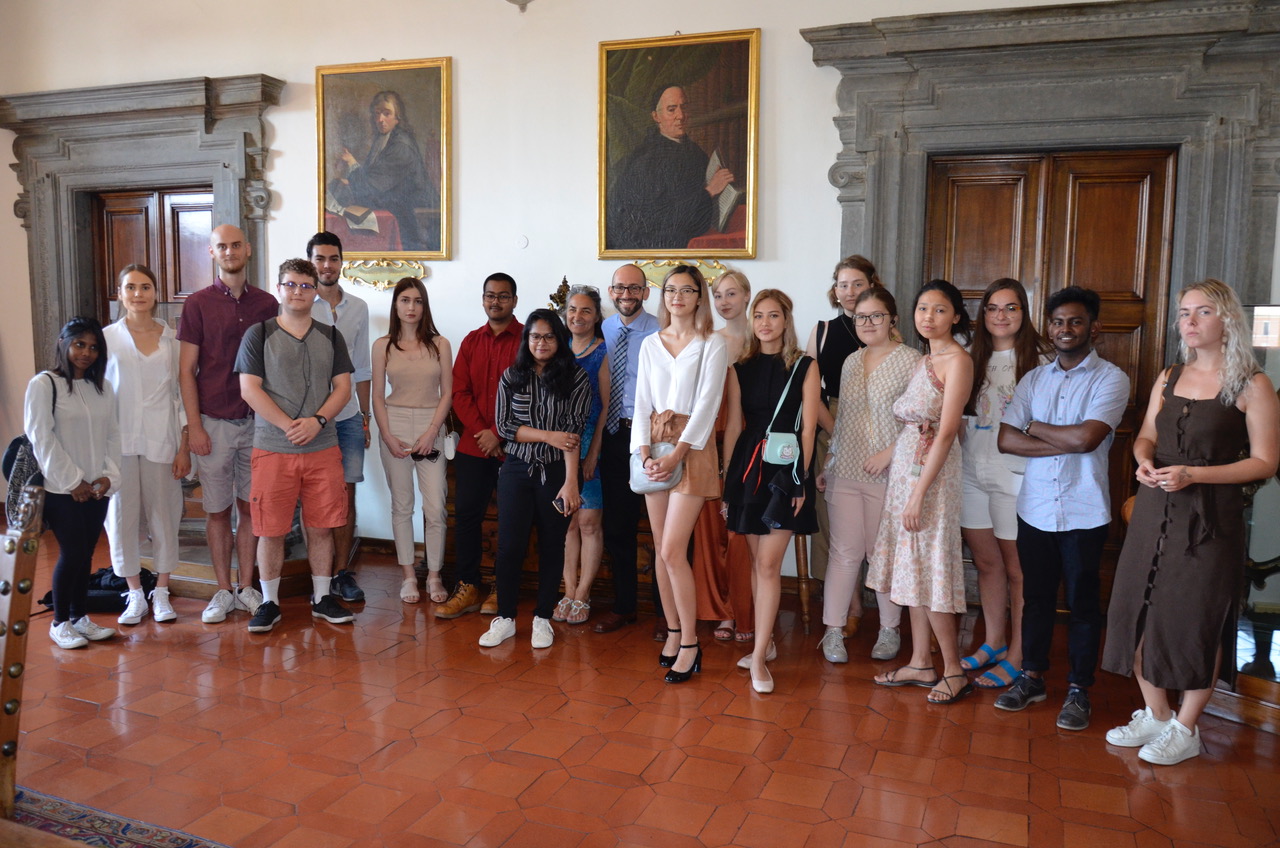 The Foundation Course is a one academic year program aimed to enrich the education of international students (for example from the USA, Russia and some Latin American Countries) who cannot directly access a first level degree course at Italian Universities.

Now in its third edition, the Foundation Course has grown from year to year, reaching almost 40 students in the a. y. 2018-19. The University of Pisa was the first Italian University to have activated this important goal, already existing in the most important European universities for several years. Through attendance at the Foundation Course and passing the related exams, students can continue their academic career by enrolling in a first-level degree course.

The University of Pisa proposes two different curricula, one humanistic (Foundation Course Humanities - FCH) and one scientific (Foundation Course Science - FCS). The contents of the courses of the scientific curriculum have also been designed taking into consideration the preparation required to pass the admission tests both in Medicine and in Scientific degree courses such as, for example, Engineering or Pharmacy. The FC members, in addition to the courses related to the chosen curriculum, also follow an intensive Italian language course at the University Language Center (CLI), aimed at giving them the basics to be able to face a degree course completely held in Italian.

In addition to the two curricula mentioned above, a course is also available for Italian students who have obtained a high school diploma abroad (Foundation Course for Native Italians), which provides for the replacement of Italian language credits with others that may be taken from the scientific and humanistic curriculum.