Ancient Egypt beyond the pharaohs: the social history of the population is the focus of research for the first time 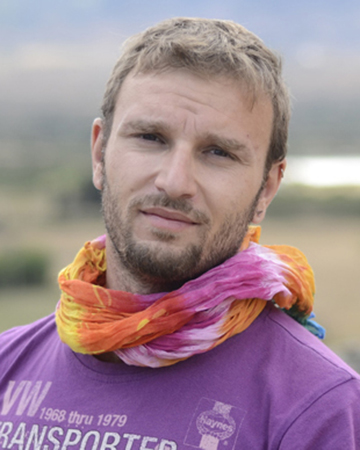 Writing about the social history of Ancient Egypt beyond the grandeur of the pharaohs and queens and focusing instead on the population and the lower classes: this is the challenge behind the research project of national interest (PRIN) ‘Pharaonic Rescission’ (PROCESS) of the University of Pisa which has just been awarded funding of over two hundred thousand euros  by the Ministry of Education, Universities and Research (MIUR). The project was conceived and proposed by Gianluca Miniaci from the Department of Civilisations and Forms of Knowledge, one of the two researchers under the age of forty in Italy who have managed to obtain ministerial funds for a project in the “Junior” category for sector SH6 “The Study of the Human Past: archeology and history”.

“Up to the present, we have only read about the part of history dealing with the pharaohs and the elite who left us inscriptions, records of great deeds, temples and monumental tombs, archeological treasures, all fragments of their ‘memories’. We know almost nothing about the common people who were not able to leave such evident traces in history,” recounts Gianluca Miniaci. “Now it’s time to write a new story in history, a story where the protagonist is that invisible mass of people, for the most part made up of workers, merchants and farmers, but also of rich and wealthy people who did not play an important role in the politics of the time.”

The social history of Ancient Egypt in the second millennium B.C. will, therefore, be rewritten from ‘the bottom up’. In particular, through the materiality analysis of objects, in other words, thanks to archaeometric analyses and the data provided by archeology, it will be possible to extract a large amount of information about the spatial temporal contexts in which the objects moved in antiquity, from their creation (simply the extraction of the raw materials) to their production, circulation and use. Artifacts from the Egyptian collections of the most important Italian, European and international museums will therefore be fundamental in outlining the identikit of the people who produced the material culture of Ancient Egypt.

In this way, by means of a series of sophisticated analyses such as the XRF spectrometry, we discover, for example, that the vase is made of calcite, a material that comes from a cave 80 km north of the site in which the object was found and this already tells us the story of one or more people who went to Badari to extract this block of stone. The beetle, instead, is made of green Diaspore, a material which was imported from outlying areas of Egypt, or outside the country, and which involved a greater number of people from distant places and countries. Thanks to analyses using the scanning electron microscope (SEM), it is possible to identify traces of the manufacturing process of both the vase and the beetle and, therefore, understand which tools were used by the people who made them and what techniques they possessed, in other words, who they were and what they did. In addition, thanks to the FTIR spectrometer, it is possible to identify organic residues inside the vase and listen to another unheard voice, the voice of the people who produced the oils later poured into the vase 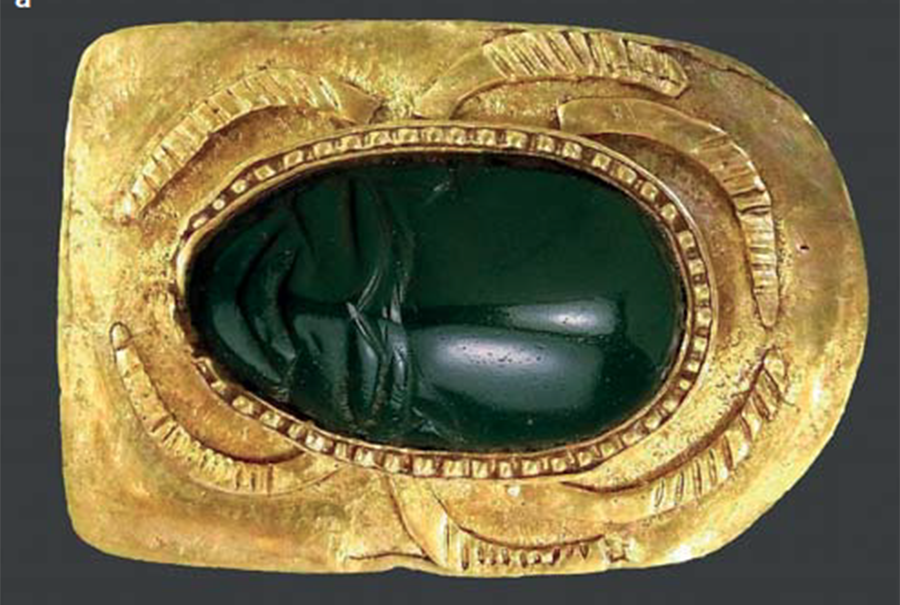 Beetle with the name of the pharaoh Sobekemsaf

“Generally, traditional history would only consider the vase and the beetle in relation to the sovereign’s name,” concludes Miniaci. “Instead, our objective is to uncover the different stories, which are hidden and forgotten, that objects might encapsulate.”