The workshop discussed collaboration in strategic sectors such as energy and environment, artificial intelligence, new materials and biotechnologies

The Joint Research Centre (JRC) of the European Commission, whose mission is to provide independent scientific advice and support for the European Union strategy in the research sector, today met with the entire Pisan research system. The initiative started from talks between Professor Walter Ambrosini, President of the Second Cycle Degree Program in Nuclear Engineering, Francesco Marcelloni, Pro-Rector for Cooperation and International Relations, Lisandro Benedetti Cecchi, Pro-Rector for European and International Research, and Maria Betti, Director of the JRC’s Directorate G on Nuclear Safety and Security. 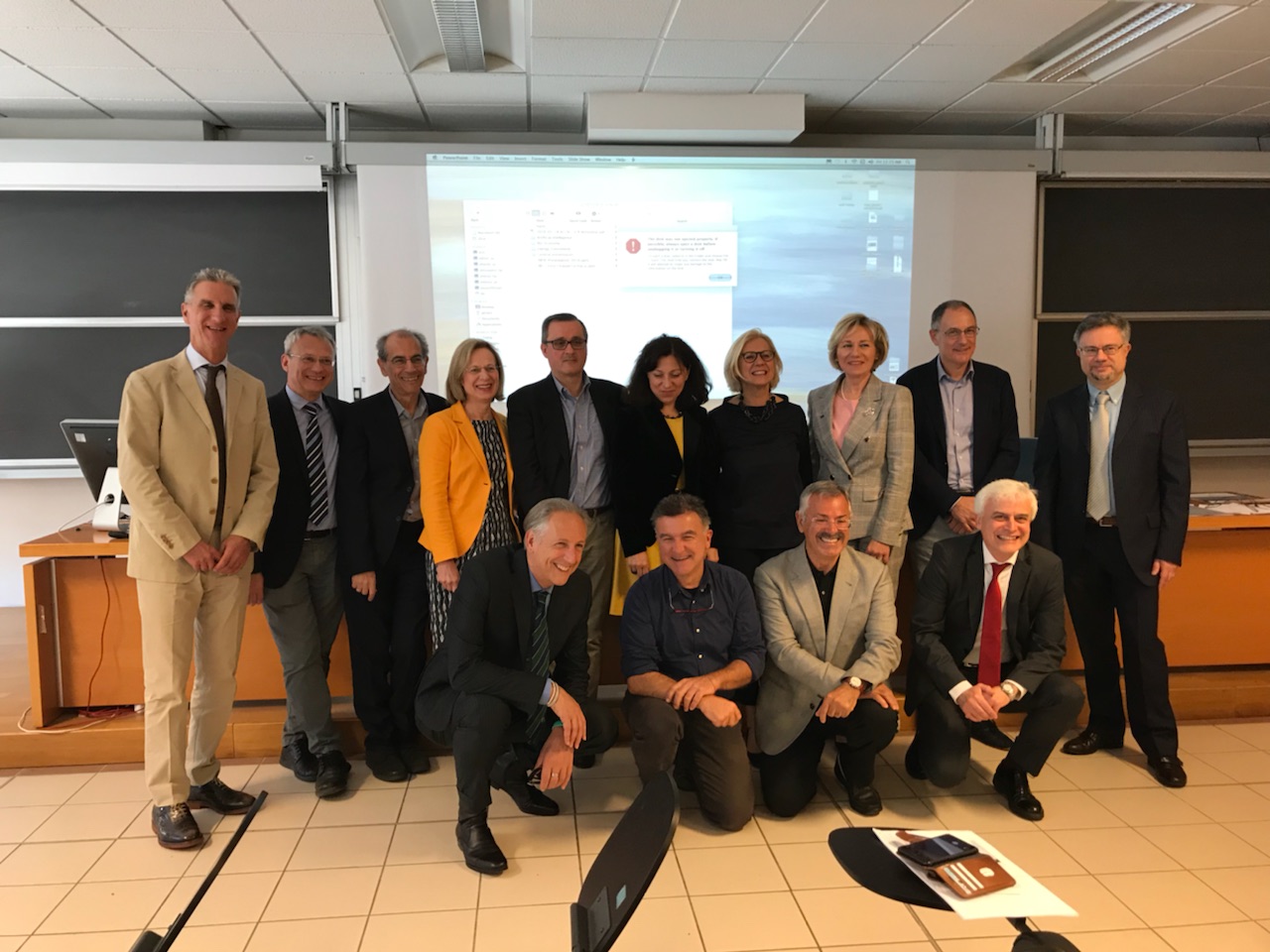 Among the participants were Charlina Vitcheva, the JRC’s deputy general manager; several other JRC directors and experts; Monica Barni, vice-president of the Tuscany Region, as well as researchers from the University of Pisa, the Superior Normal School (Scuola Normale Superiore) of Pisa, the Sant'Anna Superior School, the National research Council (CNR), the National Institute of Nuclear Physics (INFN), the National Institute of Geophysics and Vulcanology (INGV) and the European Gravitational Observatory (EGO - VIRGO). The purpose of the meeting was to identify possibility areas for collaboration between the University of Pisa, along with all the other Pisan research institutions, and the Joint Research Center. The day was divided into several sessions dedicated to macro strategic research sectors for Europe - energy and environment, artificial intelligence, new materials and biotechnologies - with the aim of identifying a roadmap leading to agreements for future collaboration.

"Ever since I took office as rector, I have strongly encouraged every action that aims to promote the research and international partnerships of this University - declared Paolo Mancarella, Rector of the University of Pisa - This workshop, whose main purpose is to investigate possible collaboration with the JRC, once again moves in that direction. I am very happy and honored that such an important organization as the JRC is here today in Pisa with some of its most authoritative members. Thanks to the efforts of our university, we have been able to bring together the entire Pisan research system and to present to the JRC all the numerous excellences that it boasts. The University of Pisa has always been a vital part of the city of Pisa and its territory and has always acted as a meeting point for the various institutions involved in research in the area, not least because many of the researchers present in these institutions were trained in the classrooms and laboratories of the University of Pisa."

"The JRC already works with over a thousand partners and it wants to develop its collaboration with areas of excellence and scientific ecosystems - commented Charlina Vitcheva - We are very happy to have met with the Pisan system of research today and we are sure that this initiative marks the beginning of a close collaboration with the JRC. Our goal is to see how we can benefit from shared research and partnerships among researchers, able to bring new approaches to innovative research areas and themes"

"When Professor Walter Ambrosini introduced us to Maria Betti and we started discussing the possibility of organizing a common event, we immediately saw it as a great opportunity for the University of Pisa and for the entire Pisan research system - adds Professor Francesco Marcelloni - We are very happy and honored that this workshop today has made it possible for us to present to the JRC the multiple research activities that take place at the University of Pisa and in all the other institutions present in the territory; and we sincerely hope that this first meeting will enable close collaboration in the future, which will allow, on the one hand, the research network to draw on the competences and knowledge present in the JRC and on the other, the JRC to use the numerous excellences present in Pisan system". 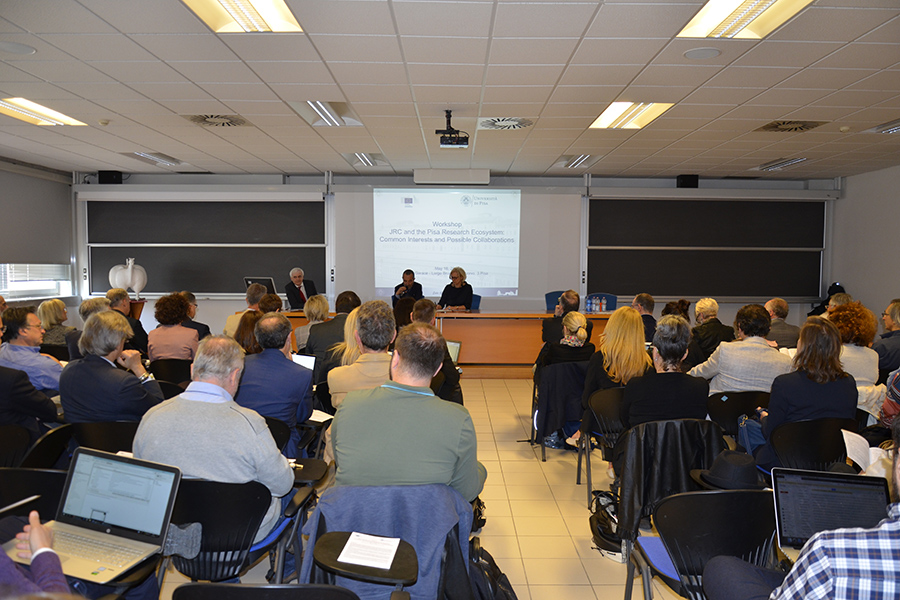