One million euros from the Tuscany Region to support Erasmus mobility

“Check-in Europe” application launched: it will connect ex-Erasmus students from all over Europe 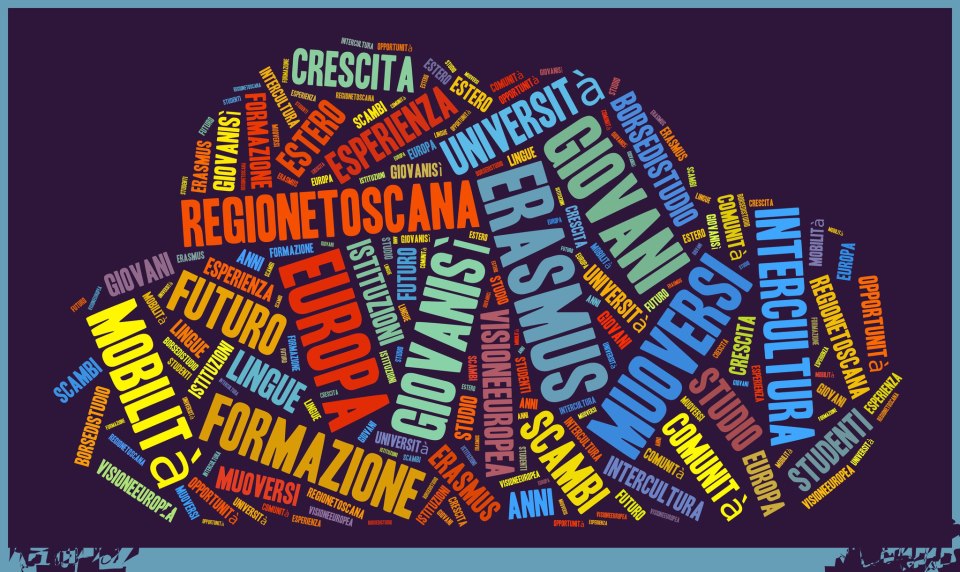 A delegation of Erasmus students from the University of Pisa attended a meeting with President Enrico Rossi on Tuesday 4 December. The event was organised as a special day entitled "Muoversi" [Move], promoted by the Giovanisì [YouthYes] project of the Tuscany Region, to provide a forum for information, discussion and debate while underlining the Region's decision to give new support to the European mobility programme. During the meeting, Enrico Rossi announced that, starting in 2013, 1 million euros of regional funds will be devoted to topping up the mobility grants Tuscan students receive to participate in Erasmus.

Many university students decide to 'go on Erasmus' (1.173 young people in Tuscany, almost 20.000 in Italy in the academic year 2010-2011). They choose to spend a part their study period in a higher education institution in another European country. The Regional government will help those students who because of their economic situation would not otherwise be able to take advantage of this opportunity. With extra support from the Region, they will be able to attend courses, take exams and work on their dissertations, with the guarantee their work will be recognised when they return. The grant provided by the European Commission for the Erasmus scheme is not a full scholarship, but rather a 'mobility grant', a contribution to help defray the extra expense of going abroad, and it amounts only to around 230 euros a month for Erasmus for study, and 500 euros a month for Erasmus Placement.

In the course of the meeting Enrico Rossi presented a new plan for collaboration with the Tuscan universities and institutions of higher education that participate in Erasmus. A protocol will soon be signed setting up a permanent 'table' where the Universities and the Region can discuss and decide on ways to promote international mobility. Furthermore, during the "Muoversi" event, the GaragErasmus Foundation (www.garagerasmus.org), supported by the Tuscany Region, launched its «Check-in Europe» application, which has the aim of putting as many ex-Erasmus students as possible into communication with one another. On 5 November a beta-version of the application was presented at the European Parliament in Brussels, and it obtained the support of the European Commission and of the European Parliament. At the end of the meeting President Rossi became the first person to "check in" to Europe, becoming an honorary member of the Network.

The delegation from Pisa included 16 people: researchers and young professionals who had an Erasmus experience; Erasmus students from other countries who are studying in Pisa this year, and Pisan students who will start their Erasmus study or placement experience in 2013. The University of Pisa was also represented by the Pro-Rector for Internationalisation, Alessandra Guidi, and Katherine Isaacs, professor at the University and Erasmus Ambassador for Italy, who 'checked-in' after President Rossi, as the first of the 66 Ambassadors representing the 33 Erasmus countries.