A ‘smart’ T-shirt that cures the mind

An 'intelligent' T-shirt, integrated with sensors and electrodes able to monitor emotive states of psychiatric patients, 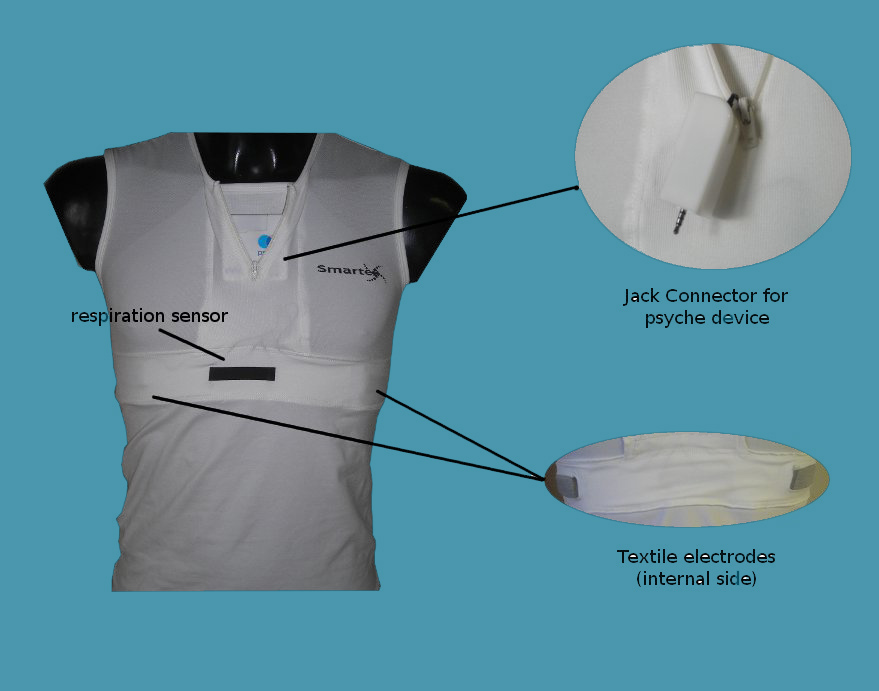 will be tested out in 3 clinical centres in Pisa, Strasbourg and Geneva on people affected by bipolar disorders. After 3 years of study, data acquisition and platform development, PSYCHE (Personalised monitoring System for Care in Mental Health) has arrived in its experimental phase.

The European project is coordinated by the University of Pisa "E. Piaggio" Research Centre and it involves the participation of ten European multi-disciplinary partners from universities, private companies, research centres and hospitals in Italy, Switzerland, France, Germany, Spain and Ireland.

"The main aim of this project is the development of a multi-sensory and multi-parametric platform based on textile substrates and wearable devices for short and long-term monitoring of patients", explains Enzo Pasquale Scilingo, Associate Professor of Bio-engineering and project coordinator. "In this way we are moving towards creating equipment which will support the psychiatrist not only in the diagnosis of the illness but also, and above all, in the prognosis of the illness, in response to pharmacological treatment, and in the prevention of episodes of manic-depression." 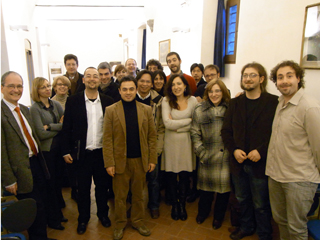 PSYCHE offers an innovative approach to the management of mental illness. The patients included in the study are equipped with a smartphone and a sensorized T-shirt. This T-shirt, which is comfortable and made completely in cloth, with electrodes and integrated sensors within its textile substrate, is technologically innovative. It has been developed by a company called 'Smartex S.r.l.', whose headquarters are at the 'Polo Scientifico e Tecnologico' in Navacchio. The University of Pisa has been collaborating with this company for many years.

"During our study the patient is asked to put on the T-shirt twice a week for a 'follow-up' period of 14 weeks," Scilingo continues. "The sensorized T-shirt allows for acquisition of both physiological parameters (such as those given by the electrocardiogram (ECG) and breathing frequency) and bio-mechanic parameters (such as movement and posture). Twice a week, sometime before going to bed, the patient puts on the T-shirt and uses the smartphone for recording his/her own voice, carrying out psychological cognitive tests and noting his/her emotive state. During the night the T-shirt continues to record physiological data."

The following morning, via the smartphone, all the acquired data are sent to a remote centralized data base where a 'datamining' system is implemented which is able to carry out multivariate analysis by using physiological parameters, voice, sleep analysis and behavioural parameters, with the aim of identifying and predicting the stage of the illness.

Another goal of this project is to further facilitate the process of communication and feedback towards the patient via constant and direct relations between the former and the doctor. "Such a process is supported and facilitated by a smartphone able to receive communications from a web portal which the doctor can access," concludes Scilingo. "Such an exchange of information serves to facilitate doctor-patient interaction and to alert doctors or professional operators in cases of relapse or during occurrence of critical episodes."