Scientists have discovered the antihypertensive properties of rocket, the same which give it its tangy flavour

The study has been published in the British Journal of Pharmacology

Rocket helps to control hypertension and cardiovascular diseases thanks to an active ingredient capable of lowering blood pressure which is the very ingredient that gives this salad leaf its characteristic tangy flavour. The discovery comes from the University of Pisa where a team of pharmacologists led by Professor Vincenzo Calderone carried out a study in collaboration with the University of Florence, the University of Naples ‘Federico II’, and the ‘Council for Agricultural Research and Economics’ (CREA) in Bologna. The research, published in the 'British Journal of Pharmacology’, the most prestigious pharmacological journal at international level, has in fact demonstrated the vasorelaxing and antihypertensive properties of the isothiocyanate Erucin, an active ingredient produced by the plant as a defense mechanism and which gives rocket its characteristic tangy flavour and smell.

“When rocket leaves are cut or chewed,” explains Alma Martelli, a researcher from the University of Pisa and first author of the publication, “the glucosinalets and the myrosinase enzyme come into contact producing the isothiosyanate Erucin. While the latter is a defense mechanism for the plant helping to keep animals away, for man it is instead an active ingredient of natural origin capable of relaxing vascular smooth muscles and lowering blood pressure by releasing hydrogen sulfide.” 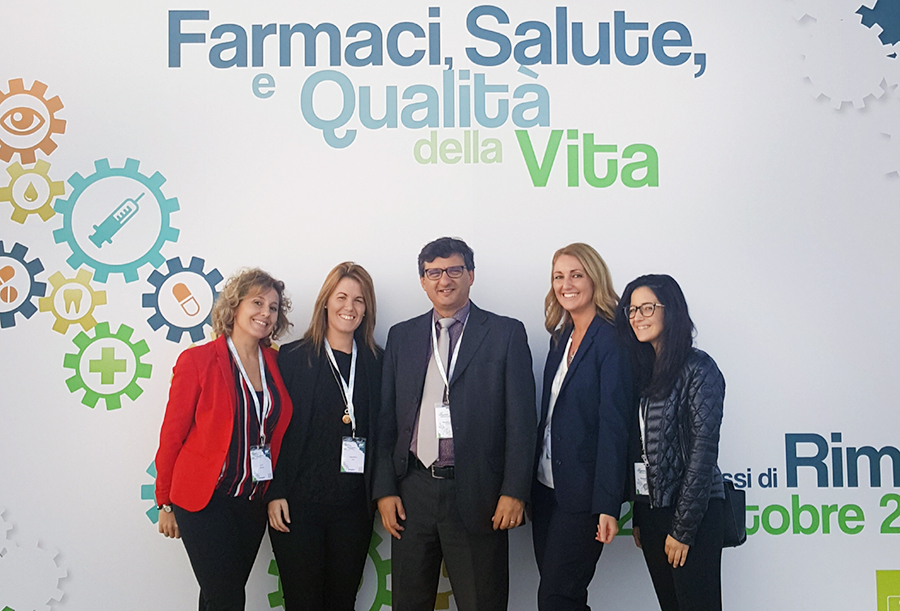 The researchers demonstrated the vasorelaxing and antihypertensive properties of the isothiosyanate Erucin both in vitro, on human aortic cells and on isolated vessels, and in vivo, on spontaneously hypertensive animals.
“This discovery has important repercussions in the medical field as in order to obtain these antihypertensive effects we will certainly be able to administer the purified active ingredient as a supplement but we will be able to obtain the same effects, at least in part, through a choice of diet,” emphasizes Alma Martelli. “In fact, in contrast to the other plants belonging to the Brassicaceae family such as cabbage, broccoli or horseradish, rocket can be eaten raw. This means that the enzyme does not lose activity through cooking, ensuring the synthesis of Erucin.”

Alma Martelli, who carried out the research, has been a researcher in Pharmacology at the Department of Pharmacy at the University of Pisa since 2014. In 2016 she received an important international award, the ‘Ciro Coletta Youg Investigator Award’, for her research in the field of isothiocyanates and hydrogen sulfide. More recently, last March, she received the ‘Best Oral communication Award’ at the ‘Le Basi farmacologiche dei Nutraceutici’ congress for her research into the antihypertensive properties of Erucin.

Alma Martelli works in a team led by Professor Vincenzo Calderone including associate professor Lara Testai and the researchers Valentina Citi and Eugenia Piragine. The team has been studying the cardiovascular properties of hydrogen sulfide for years and the pharmacology of composites from natural origins, two strands of research which have come together in this study recently published in the ‘British Journal of Pharmacology’.