The enigmas of archaeology? These can now be solved using artificial intelligence.

Artificial intelligence can be used to solve one of the most complicated ‘puzzles’ which have occupied archaeologists since time immemorial, namely recognising and piecing together thousands of pottery fragments which regularly come to light during excavations. This is the result of ArchAIDE, a project coordinated by the MAPPA Laboratory of the Department of Civilizations and Forms of Knowledge of the University of Pisa which has led to the development of an innovative App based on the system of automated recognition and neural networks which makes use of technology similar to that used in the investigative field for facial recognition.

The project funded by the European Union under the H2020 programme lasted for three years from 2016 until May 2019, and engaged 35 researchers, IT experts, designers and video makers from nine universities, research centres and firms in 5 different countries (Italy, Germany, Great Britain, Israel and Spain). 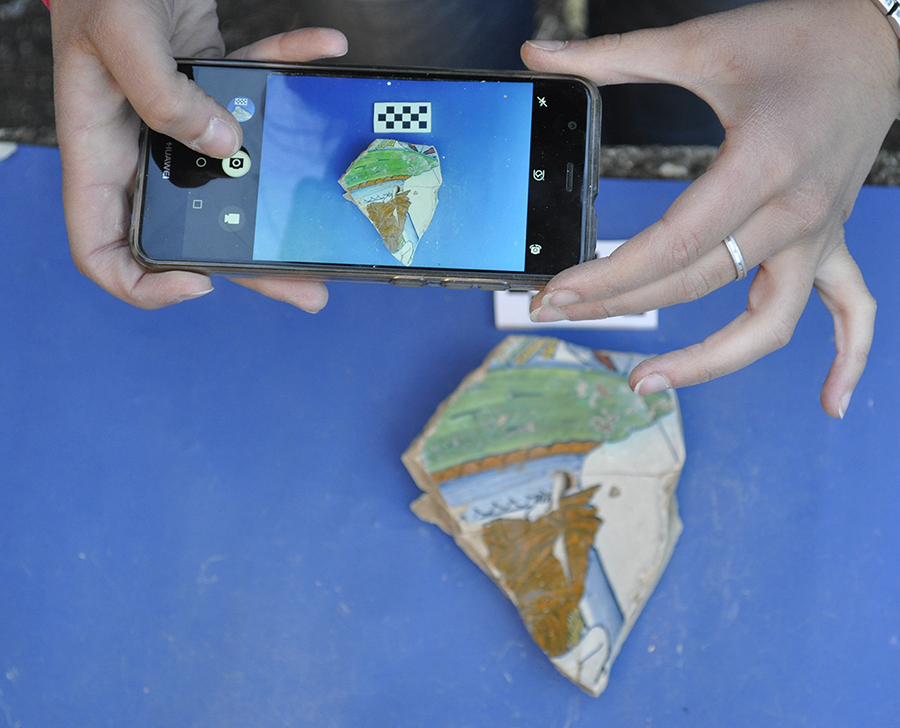 “During archaeological investigations, thousands of pottery fragments are found. These were produced in the most diverse eras from prehistoric times to the present day, and which, like the pieces of a puzzle, when joined together, can offer a myriad of information about life in distant times,” says Professor Letizia Gualandi from MAPPALab at the University of Pisa. “At present, this operation is extremely time consuming and requires the expertise of specialists and so, for reasons of time or space, it is almost always impossible to catalogue all the pottery uncovered.”

The goal of the App from the ArchAIDE project is precisely to solve these problems, as it was developed to be a simple and effective field tool. It will be sufficient to photograph fragments using mobile devices (smartphones or tablets), for them to be recognised and the data shared in real time thus creating an archive which can be used by any researcher, academic or enthusiast wherever they are.

“At the moment the system has a level of accuracy of around 75% and uses two different neural networks which were specially created,” explains Francesca Anichini, project manager of ArchAIDE. “The first recognises the designs on the pottery fragment and the second recognises the ‘profile’ identifying the shape it belongs to. As well as recognising pottery, the App allows us to have dynamic information on our smartphones which up till now was only available from dozens of paper catalogues, quickening the work of archaeologists.”

The App will be presented to the public for the first time during the international conference ‘ArchAIDE. Archaeorevolution is now’ which will be held as the final event of the project on 13th and 14th May at the Centro Congressi Le Benedettine at the University of Pisa (Piazza San Paolo a Ripa D’Arno, 16).

“The more data which is added to the system, the more accurate recognition is, so for this reason,” concludes Francesco Anichini, “the goal is now  to spread the use of the App and increase the contents by involving numerous other subjects both public and private at Italian and international level alongside the project partners.”